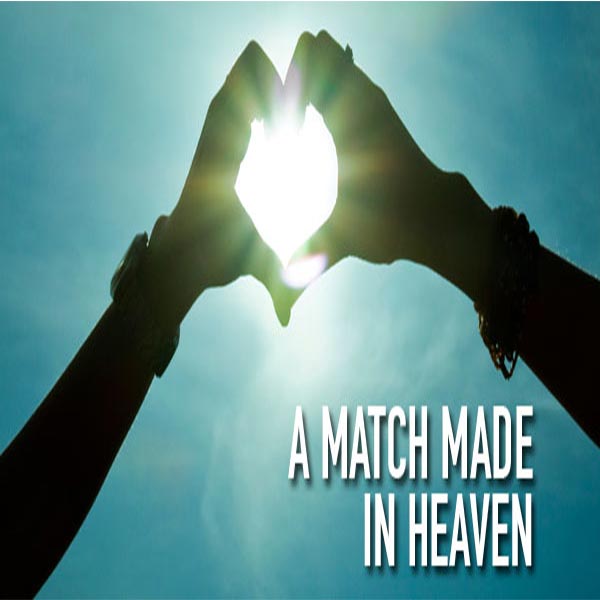 Agnes:Where is the list of your suitors I asked you to bring?
Ruth: I have written it ma.This is it.
Agnes: Ok…Good…That is why I love you my daughter.I will take the list to the prophet to pray on it.I will get back to you thereafter.
Ruth: Mum! So,is that your intention? Anyway,out of these 5 names,it is number one I love and I won’t be happy if the prophet says otherwise.

Agnes:What do you know about love? See,this prophet is sent by God.Whatever he says on this matter is final!
Ruth: Is he the one that wants to marry the man?
Agnes: Ruth! Ruth!! Ruth!!! How many times did I call you? Be mindful of your words.
Anyway,I am on my way to the prophet’s house!

Does God lead His children through  prophets? Should you go ahead to marry someone based on a prophet’s predictions/prophecies?
This will be our focus in today’s teaching.

3)GOD CAN LEAD US THROUGH THE TRUE  PROPHETS!
Who is a true prophet?
A true prophet is one that either FORTHTELLS(warns/promises/exhorts) or
FORETELLS the future before it occurs.
Forthtelling involves speaking God’s truth about present things while foretelling involves revealing what is going to happen in the future.
-True prophets never speak on their own authority or share their personal opinions,rather they deliver the message God Himself gives them.
-They will never contradict God’s revealed Word.
-Their watchword is:” As surely as the Lord lives, I can tell him only what my God says” -2 Chronicles 18:13.

A false prophet is a  FORTUNE-TELLER!
Fortune-telling is the practice of predicting information about a person’s life.
A false prophet is a fortune-teller! His focus is on predicting things related to fortune: money,goods,properties etc.
‘Once when we were going to the place of prayer, we were met by a female slave who had a spirit by which she predicted the future. She earned a great deal of money for her owners by fortune-telling’-Act 16:16.
Do you know that people like this lady are being consulted today as prophets of God?
Sis Agnes in the conversation above was going to meet someone like this fake prophet to predict her future son-in-law! BE CAREFUL,NOT ALL PROPHETS ARE GENUINE!

“Watch out for false prophets. They come to you in sheep’s clothing, but inwardly they are ferocious wolves” -Matthew 7:15 .
This means the fake prophets won’t write ‘fake’ on their foreheads! They won’t dress to scare you! Hahahahaha.
Infact they may be trendy and worded but by their fruit you shall know them.How? Since they are ferocious wolves inwardly,pay attention to the content of their prophesy: ‘For out of the overflow of the heart(inward parts) the mouth speaks!’

“False messiahs and false prophets will appear and perform great signs and wonders to deceive, if possible, even the elect” -Matthew 24:24.
If you think you are an elect in this end time,you are one of the candidates for deception if a false prophet handles you!#Notacurse#

When it comes to marriage,is it advisable to consult the true prophets to help pick the right partner for marriage?
Hmmmmmm!
Yes with explanation:
Yes if God has already revealed the person to you(via the inner witness of the Holy Spirit) and you need confirmation from other sources.
True prophets can  join you in prayers to either forthtell some deep things you might not know now or foretell some things about the future so that you are prepared before they show up.
However,the method of Sis Agnes in the conversation above should be discouraged.
Stop writing names for prophets to pick from!

I will quote two scriptures to teach on inner conviction,confirmation by true prophets and proper interpretation of prophecy:
a)Act 20:22-23:
“And now, compelled by the Spirit, I am going to Jerusalem, not knowing what will happen to me there.
I only know that in every city the Holy Spirit warns me that prison and hardships are facing me.
If you were Paul in the quotation above,what would be your interpretation of those prophecies?
‘Ah,I’m not going to Jerusalem based on these prophecies.Prison is not my portion in Jesus’ name.Pls brethren join me in prayers concerning all these prophecies.I reject them IJN!’
Meanwhile,could you pls read the scripture above again?
“And now, compelled by the Spirit,I am going to Jerusalem,…the Holy Spirit warns me…”
Did the Holy Spirit say Paul should not go to Jerusalem? NO!
God was only telling Paul the challenges ahead of him so that he won’t be taken unawares.Jerusalem was in the will of God for Paul.Only that afflictions are waiting for him.
What was Paul’s response to all these warnings:
vs 24:”However, I consider my life worth nothing to me; my only aim is to finish the race and complete the task the Lord Jesus has given me—the task of testifying to the good news of God’s grace.
Can you see the power of purpose here?
Purpose is far more important than the challenges encounter on the way to fulfilling destiny!
One of the readers of this blog asked me a question few days ago that does it mean that if God makes a match in heaven that there will not be difficulties in the marriage?
God’s will does not nullify difficulties,problems or challenges!
Abraham was a match made in heaven for Sarah,yet they were barren for years.
Isaac was a match for Rebecca,yet they were barren for good 20years.
But in the long run,the purpose for the consummation of that marriage outweighed the challenges encountered on their ways to destiny fulfilment.

b) Act 21:10-14:
“After we had been there a number of days, a prophet named Agabus came down from Judea.
Coming over to us, he took Paul’s belt, tied his own hands and feet with it and said, “The Holy Spirit says, ‘In this way the Jewish leaders in Jerusalem will bind the owner of this belt and will hand him over to the Gentiles.’”
When we heard this, we and the people there pleaded with Paul not to go up to Jerusalem.
Then Paul answered, “Why are you weeping and breaking my heart? I am ready not only to be bound, but also to die in Jerusalem for the name of the Lord Jesus.”
When he would not be dissuaded, we gave up and said“The Lord’s will be done.”

Prophet Agabus gave a prophecy that was in line with what God had told Paul earlier in Chapter 20.The prophecy answered the question on Paul’s mind on what was going to happen to him @ Jerusalem and it also confirmed the inner witness Paul earlier had about going to Jerusalem.
Now read the interpretation the people around Paul gave:
‘ When we heard this, we and the people there pleaded with Paul not to go up to Jerusalem.’
See how people can twist prophecy or misinterpret God’s words! Sentiments and their love for Paul beclouded them!
But when Paul insisted he was even ready to die in Jerusalem,they said,“The Lord’s will be done.”

LESSONS FROM THE SCRIPTURES ABOVE ON PROPHETS/PROPHECIES.
1)Inner conviction by the Holy Spirit on an issue is far more reliable than being convicted by prophets!
2)True prophets will surely agree with the inner witness of the Holy Spirit and the words of God.Agabus didn’t say something different from what Paul already knew.
3)That you have chosen  the will of God does not exclude challenges on the way.But since God is involved and He is the originator ,He makes all things work together for your good.
Paul’s arrival in Jerusalem eventually caused riot and he ended up being given house arrest in Rome.
Do you know he  wrote 4 Epistles while in prison? The books of Ephesians,Philippians,Colossians and Philemon were his prison epistles!
4)Be a man/woman that is responsible! Don’t get married and start saying it was one prophet that said you  should marry this person,if not you wouldnt have.
5)” Test the spirits to see whether they are from God, because many false prophets have gone out into the world” -1 John 4:1.
Pls don’t believe every spirit!

I pray for the Spirit of wisdom,revelation and discernment for all my readers in Jesus’ name!
For those that are already in the confinement of false prophets,the Lord delivers you today in Jesus’ name!

God can arrange circumstances to communicate His mind to us,He can speak to us via inner witness of the Holy Spirit and through His true prophets.Other means I won’t be able to discuss are through dreams,visions, etc.
The Lord will lead you aright in Jesus’ name.

We shall go back to Gen 24 in the next post.
Remain blessed and rapturable.

THE CHALLENGES AHEAD WHEN OPPOSITES ATTRACT