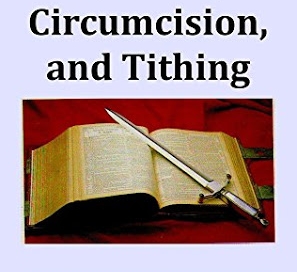 As the controversies to either pay tithe or not are gaining momentum every day especially among Christians in Nigeria,it should be noted that:There is no way you will use argument to convince someone who believes in tithing especially if such person believes it opens doors of blessings to him/her.Neither will your arguments hold water in the presence of overwhelming evidence he/she presents.Likewise a person who does not pay tithe will not succumb easily to any argument targeted to dissuade him/her. He/she will brag about how God blesses Him without paying or collecting tithe.

I am not here to support payment or non- payment of tithe.There are better writers than me that have written something for or against tithing.Who am I to rub shoulders with them?However, one thing I know is this: The two parties on this issue of tithing cannot be right at the same time.Someone is getting things mixed up!

My mission is to approach the issue with an unbiased mind.In this discourse, I refuse to be sentimental, I own no man any apology for my views because I have a mandate to speak the truth no matter how bitter it is.

I chose this topic because as far as the Jews were concerned, tithing and male circumcision originated from Abraham.However,while Abraham decided to pay tithe to Melchizedek without explicitly stated commands from God,circumcision was commanded by God: Gen 17:10-16. So if you want to base your preference on God’s commandment, then male circumcision rates higher than tithing.By implication, you can’t accept the principle and condition of tithing and discard that of male circumcision at the same time.The two were birthed before the Law of Moses! The two were principles that preceded the Law,embraced when the Law was in force until…

Let’s move from Abraham to Moses.Something interesting happened during the time God gave several laws to the Jewish nation through Moses:Both tithing and male circumcision were upheld and incorporated into the law.By implication,the two were no longer optional,they became duties under the law! Abraham,Isaac,Jacob,Esau,Joseph etc could choose to tithe but when the Law came,people under the Law (Moses,Samuel,David,Nehemiah,Malachi,Zechariah etc) were under compulsion to tithe.Circumcision also had his own rules and regulation.A descendant of Abraham that was not circumcised didn’t have faith in God!Circumcision on the eight day was a sign of covenant with God and it was compulsory for every male Jew.

Back to tithing,from the time of Moses till the time the Jews went into captivity,they were required to pay multiple tithes at least twice in a year:One for the Levites, one for the use of the temple and the feasts,  one for the poor of the land and there was even one for the tither(every 3years):Eat the tithe of your grain, new wine and olive oil, and the firstborn of your herds and flocks in the presence of the LORD your God at the place he will choose as a dwelling for his Name, so that you may learn to revere the LORD your God always.-Deut 14:23

In the same vein,circumcision was in full force.It became a thing of pride for the Israelites that saw other nations as uncircumcised.

But something happened after the Jewish nations came back from captivity.Nehemiah was used by God to rebuild the ruins of the wall of Jerusalem and the Temple.Nehemiah,having rebuilt the Temple quickly went back to Babylon,before he came back,he noticed some anomalies going on in the Temple:

” But while all this was going on, I was not in Jerusalem, for in the thirty-second year of Artaxerxes king of Babylon I had returned to the king. Some time later I asked his permission and came back to Jerusalem. Here I learned about the evil thing Eliashib had done in providing Tobiah a room in the courts of the house of God.  I was greatly displeased and threw all Tobiah’s household goods out of the room.  I gave orders to purify the rooms, and then I put back into them the equipment of the house of God, with the grain offerings and the incense.

I also learned that the portions assigned to the Levites had not been given to them, and that all the Levites and musicians responsible for the service had gone back to their own fields. So I rebuked the officials and asked them, “Why is the house of God neglected?” Then I called them together and stationed them at their posts.- Neh 13:6-11

All the Levites that were supposed to be in the Temple doing one thing or the other were no longer there because they had to go to the field to cater for their need! Levites would go to the storehouse where tithes were kept,they would not see anything to eat.The same way,people too would come to the Temple to worship,Levites were no where to be found! No singers to lead the song of Korah.Tit for tat! But God was displeased ! God made His mind known through a Prophet called Malachi.
It should be noted that Governor Nehemiah and Prophet Malachi were contemporaries.While Nehemiah chastised them when he noticed they were not bringing in their tithes,God communicated His mind to the Jewish nation through Malachi in this famous quote:”Bring the whole tithe into the storehouse, that there may be food in my house. Test me in this,” says the Lord Almighty…”Mal 3:10
Therefore on Nehemiah‘s instructions, aided by Malachi prophecy, Nev 13:12 says:

All Judah brought the tithes of grain, new wine and olive oil into the storerooms.

Do you now see the similarities between Malachi 3:10 and Neh 13?

After that exhortation by Malachi,tithing became an institution on its own.People began to tithe everything tithable so as not to incur God’s wrath and curse.Like little children that fear you because of the cane in your hands,the Jews dreaded God’s curse and not necessarily feared God! The Pharisees and the Sadducees were even more rigid about tithe while Jesus was on earth.They paid tithe of mint,dill and cumin! These were herbs of little importance oooo!God never for once asked them to tithe herbs and spices.They were to tithe fruits of the earth.But they were so meticulous to use ‘calculator’ to tithe the minutest possession of theirs.

They concentrated on the insignificant things but neglected other weightier matters.Jesus could see their hypocrisy:”Woe to you, teachers of the law and Pharisees, you hypocrites! You give a tenth of your spices–mint, dill and cumin. But you have neglected the more important matters of the law–justice, mercy and faithfulness. You should have practiced the latter, without neglecting the former.

Tithing was no longer what God intended it to be.To the Pharisees:

It was now a ‘show-off’ to others that they tithed the least important thing they possessed.

It was now a means to armtwist God to bless them irrespective of their hearts conditions.

It became a means of having a good standing with God,fulfilling a righteous requirement of the Law.

It was now something to be placed above your love towards other people!

Little did they know that the central truth of tithing is LOVE.

Can you LOVE without GIVING? NO! But can you GIVE without LOVE? YES! The Pharisees were tithing without love.

It is possible you give your best to someone yet your giving is not in love.Paul knew it was possible when he said “And if I give all my possessions to feed the poor, and if I deliver my body to be burned, but do not have love, it profits me nothing.”

Religion can make you give without love.For instance,if your tithe is 40,000naira and as you are going to church on Sunday morning to pay your tithe,you receive a call that your sibling is in the hospital and needs a C-Section and the hospital needs a part payment of 40k.What will you do?

If you say you will still go to church and pay your tithe,then you are like the Pharisees.You are a hypocrite of the highest order!

You are like all those religious folks(Priest and Levite) that left the injured unattended to in Luke 10 :25-37.I know many Christians would have even said :’I will go and pay my tithe in the church and pray that God should not allow her to go through CS!’Hahahaha.Religion kills!

Mercy,Justice and Faith are weightier than tithing! In the case I mentioned,mercy should prevail.Other times,tithing could be.If there are needs in the place where you worship, and you are blessed,then it is an injustice to hold back.It is even more injustice if all you have to offer at such time is 10% of your income!

Do you know,just like tithing became strict in the period mentioned above,circumcision was even stricter! In fact God had to use Paul specifically to address the issue of circumcision being a duty a non-Jew needs to perform before he becomes a child of God!

I will be right back.