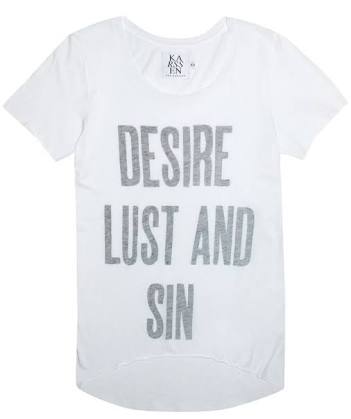 At this point it is proper I differentiate between normal/physiological sexual attraction to the opposite sex on one hand and lust on the other hand.

Many of the sexual issues we attribute to the evil spirits are mainly physiological processes. For instance,a young man that is not married or sexually active can have wet dream/nocturnal emission.This usually starts when a boy at puberty starts making more testosterone,a major male hormone.It is pure ignorance linking this to a mammy water spirit running after the young man!

Testosterone is also responsible for men’s libido.Let me quote Susan Scutti :”Testosterone levels peak in the late teens and then gradually decline over time, typically about one percent a year after age 30. By age 60 to 65,though usually earlier, most men notice that their sexual inclinations and sexual abilities start waning…”

Women too have times during their cycles when they are more sexually inclined.Certain hormones e.g oestrogen etc play roles during these times. Bathsheba was in this state when King David invited her to the palace.You will notice she took in after that encounter because she just ended her menses(she was observing the 7-day purification rite after her menses) and David met her around her ovulation period.

So young ladies when you feel ‘h*rny’ around your ovulation period,it is not an evil spirit that has entered into you.It is normal.God sets it up like that so that when you are married,you will be interested in s*x during your ovulation period so that conception can occur.Do you get my point?

Sexual attraction is an involuntary process! It is under the influence of hormones.King David was not gallivanting on the roof of his palace in order to go and see the nakedness of Bathsheba.It was coincidental.That he saw Bathsheba bathing was never a sin since he never went there for that purpose.It became lust when he acted on the desire by sending his messengers to get Bathsheba.

In these days when most people walk semi-nude in street,it may be difficult to avoid what I call ‘the first look/glance’.That first look may be coincidental( if your mind is pure anyway),but the 2nd,3rd,4th,5th,6th,peeping at cleavage,back side,curves,toned muscle,abdominal six packs…Haba!#dirtymind#

This is my thesis: Sexual attraction to the opposite sex is an involuntary action while lust is a voluntary/wilful process.It is something that is planned.

Lust sets in when:

1)You give a 2nd look at the object after the 1st innocent look instead of just letting it pass by.

2)You consciously make a decision to pursue/get the object of your desire.King David had to send someone to inquire about Bathsheba and later sent his messengers to get her for him.That was lust.

Let’s see how King David’s desire rose from a benign sexual attraction to lust and finally to adultery:

“He sent someone to find out who she was, and he was told, “She is Bathsheba, the daughter of Eliam and the wife of Uriah the Hittite.”-2 Sam 11:3

“Then David sent messengers to get her; and when she came to the palace, he slept with her. She had just completed the purification rites after having her menstrual period. Then she returned home”-2Sam 11:4

LESSONS TO LEARN FROM THE TWO VERSES

1)It may be very difficult to halt the process once lust has been conceived no matter the level of the person’s anointing.Sexual temptation is not to be resisted…Flee from it.However,if you mistakenly cut yourself with a blade and you notice that it is anointing/Holy Ghost fire that is oozing out instead of blood then you can throw caution to the wind! But I can assure you,there is no man on earth today that does not have blood/hormones flowing in his veins! If that is the case,everyone  should learn how to control his/her body.David,that was so anointed that at age 17 he could bring down Goliath ,was defeated arms down by his own libido!

2)Sexual sins are very difficult if not impossible to conceal especially if you are in a vantage position like King David.He had to first send someone to inquire about Bathsheba,then later sent his messengers to get her. Let me ask you a question. Do you think all these people kept mute when Uriah(Bathsheba’s husband) came to the palace? They didn’t just tell Urial about the affair, many people in Jerusalem knew about it.I never saw a single verse in this chapter where God even spoke to Nathan about David’s scandal.If at all God told Nathan,he too must have heard the gists!Very likely Prophet Nathan heard both words of knowledge(from God) and words from knowledge(from people).The whole matter was in the public domain unknown to King David.

Kings be warned! Avoid sexual scandal,the news fly faster than you could ever imagine.

In conclusion,sexual attraction though a physiological process,can become a lusful desire when the object is pursued with an ulterior motive.Being anointed of God is not an immunity against lust.Sexual scandals are better avoided than thinking one can conceal them when they happen.