STOP TRYING TO BE A “CHRISTIAN”! 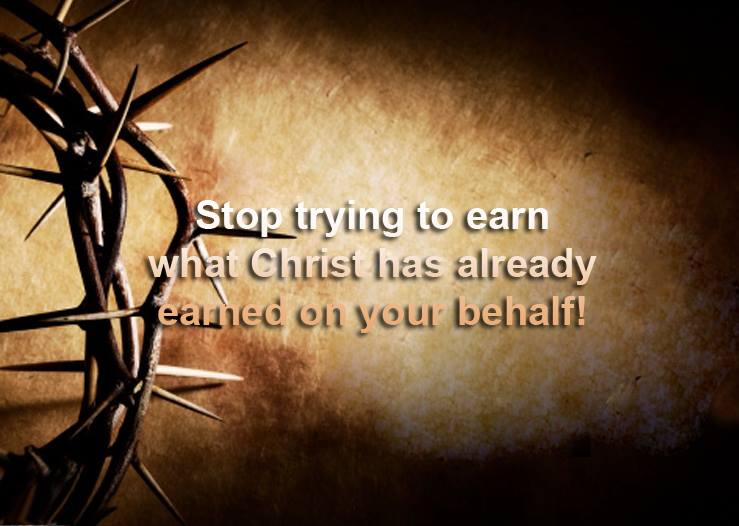 God for once never called anyone a Christian! You heard me right! But He does call people His children or sons.It was the pagans in Antioch that called the followers of Christ ‘Christians’. The word is only recorded in three places in the New Testament.God did not endorse the name neither did He see the disciples as Christians/”little Christs”.God saw them as His children.It was the reflection of this Sonship that made the pagan world to name them ‘Christians’.If you are God’s son ,the world will see the attributes of God flowing out of you spontaneously.It is hightime this generation was freed from the religious pursuit of being a ‘Christian’ without the Seed of God in them.

Have you ever being told to model your life after Christ before? Preachers must have told you one time or the other and to certain extent there is nothing wrong in that.

But the pursuit of being a Christian is a never ending one as far as this world is concerned.

So being a Christian is not a race that you want to complete with this mortal body.The more you know Christ,the more you see how wretched you were a minute ago! In fact the reason why Christ came is not for you to know how to speak right,dress well or be a moral person.The religious folks were already doing those ones before He came.He didnt come either for you to copy Him.The more you do that,the more you find out you are still far from being perfect.Rather He did all the good deeds ,lived the perfect life and died the perfect death for YOU.He put Himself in your place and took all the sin penalties so that if you can only come to Him and cast your burdens and trust in Him,He will give you rest and show forth His resurrection power through you.

Men rate you on the attitude you display,whether it is Christ-like or not,but God looks beyond all that.God calls us based on our relationship with Him.He calls us His sons,children,heirs etc.

“See how great a love the Father has bestowed on us, that we would be called children of God; and such we are…”-1John 3:1

It means being a child of God is a gift,I dont need to work for it!

“He predestined us to adoption as sons through Jesus Christ to Himself, according to the kind intention of His will”-Eph 1:5

When you give your life to Christ,there is a ‘genetic’ reconstitution.The old nature gives way for the new genetic code.It is otherwise called being ‘born again’.The nature/seed of God is ingrained into you from the point you receive Christ and you spontaneously show forth His life to the world as the Seed grows.

Stop trying to be a Christian because you want  the world to see you as one.Be His son first then you won’t have to struggle to prove that you are a Christian.

The disciples were not all out to convince the pagans to call them Christians neither did they even call themselves that name.They had a relationship with God first as His children then they didn’t struggle to act out what had rubbed off on them.

What are the differences between being a child of God and a Christian?

Unlike being a child of God that is instantaneous,being a Christian takes time!

“But as many as received Him, to them He gave the right to become children of God, even to those who believe in His name”-John 1:12

Agrippa asked Paul, “In such a short time do you think you can talk me into being a Christian?”-Act 26:28

Also,people around you will be the ones to call you a Christian not you.

“Some of them, however, men from Cyprus and Cyrene, went to Antioch and began to speak to Greeks also, telling them the good news about the Lord Jesus.The Lord’s hand was with them, and a great number of people believed and turned to the Lord.

News of this reached the church in Jerusalem, and they sent Barnabas to Antioch.When he arrived and saw what the grace of God had done, he was glad and encouraged them all to remain true to the Lord with all their hearts. He was a good man, full of the Holy Spirit and faith, and a great number of people were brought to the Lord.

Then Barnabas went to Tarsus to look for Saul,and when he found him, he brought him to Antioch. So for a whole year Barnabas and Saul met with the church and taught great numbers of people. The disciples were called Christians first at Antioch.”-Act 11:20-26

Can you see the mighty moves of God in the lives of the disciples before the last sentence above?

Today,a brother/sister that has not won a soul for God for the last 10years is calling himself a Christian! Is that one a Christian?Secondly,he /she is even the one saying,”Don’t you know I am a Christian?”

Stop trying to become who you are already!