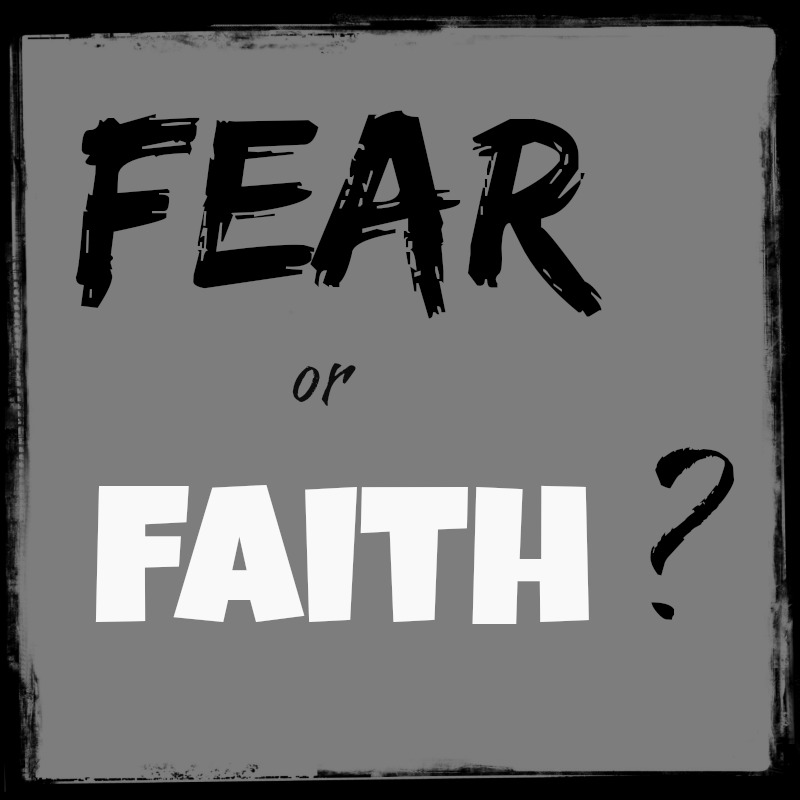 I will never forget some days before my final year exam results were released in medical school.Fear gripped me when a Professor announced in a class that our induction into medical profession would be a day after the release of the result contrary to what used to be the norm over the years.

Prof: “So inform your parents of the induction date.We have a pass for them into the hall.”

My heart raced…My lips and mouth became dry.I flashed back to what I wrote in the exams,my respiratory rate increased because I could only remember the mistakes I made.As I was trekking back to my hall of residence,I was just praying if Jesus could just come right there and induction would not hold…Hahahahaha.

Anyway,the result was released I passed but the induction ceremony was eventually postponed.However,fear had robbed me of my joy for some days!

If you are yet to understand what fear is,lets read it up here:

Are you in a scary situation like this? Does it  seem the days you dread are fast approaching?Is it that your boss that will say something that might affect your job negatively is coming soon? Will your results be released soon? When things like these are drawing near they actually send fear down the spine!

Pay attention to what the Israelites did in the last sentence in the scripture above?

“And the people of Israel cried out to the LORD”

A cursory look at that statement could mean that  they prayed but it was a faithless prayer!A prayer that came out of a fearful heart.

Doctors hear this kind of prayers a lot:

A woman brings in her child to the emergency room having multiple convulsions and you hear the woman praying like this:

“God where is your face! See my life.My own has finished today! God what will I tell my parents in the village…God just take my life instead of that of my child.Ha!Jesus of Nazareth cant you see my child?”

This is the typical example of prayer that is offered out of fear! It was the same prayer the Israelites prayed.How do I know? Lets check the next 2 verses:

“They said to Moses, “Was it because there were no graves in Egypt that you brought us to the desert to die? What have you done to us by bringing us out of Egypt?Didn’t we say to you in Egypt, ‘Leave us alone; let us serve the Egyptians’? It would have been better for us to serve the Egyptians than to die in the desert!”

All these murmurings are ways of covering the fear within their hearts.So how does fear manifest silently?You can see that in the two verses above:

1)When you resist,fight or you don’t want to listen to those that can raise your faith/hope:

This on its own is a form of defence mechanism.The Israelites suddenly transferred aggression on Moses! When fear enters someone that is when he suddenly sees his Pastor as his number one enemy: “I am not going to his prayer meeting again…Despite all the past prophetic ministrations see where they land me”.

2)When you want quick fixes or temporary deliverance as opposed to eternal values:

This  has led many people to enter into many troubles because they just want to get immediate result and easy solutions:”If we had just stayed back in Egypt!” Fear that someone may not get married/give birth in this life may make him/her look for shortcuts.

3)When your reasonings cannot explain how you will get out of the trouble,fear manifests itself:

Imagine you are sandwiched between the Red sea and Egyptian army.If you go forward,you drown in the sea,if you wait where you are,you will be overpowered by the Egyptians! It is a terrible situation.Fear took over the mind of the Israelites because they never imagined the Red sea could be parted.

Either kill the fear or the reverse happens because fear is an armed robber.

Someone might say: “I was afraid initially but I thank God after few days,God helped me…”. Brethren those few days,fear can wreck havoc.Some can backslide,commit suicide,be depressed etc during that period. When you allow fear into your life,it does not go without stealing something unless you resist it with faith.

At least,it will make sure it steals your joy.Kill your mood and destroy your relationship with others.

However,there is a message for you today:

The LORD said to Moses, “Why are you crying out for help? Tell the people to move forward.

Go forward in faith! Your fear does not exist!