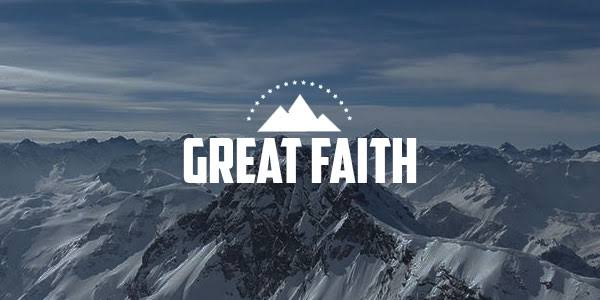 In the past few weeks we have been looking at the concept of faith in its various dimensions.I want us to proceed to the third part (c) of the thesis:

(a)Every man has a degree/measure of faith given to him by God so (b) if he is operating below this level,he has a little faith(oligopistos) but (c) if his response to challenges is equal to or higher than his capacity,then he has a great faith(either tosoutos or megas pistis).

While Jesus extolled the faith of the Centurion as great faith(tosoutos pistis),he called the Canaanite woman’s faith as great faith(megas pistis).I already discussed the difference between the two Greek words tosoutos and megas here.

Let’s look at the two accounts of the Centurion’s encounter with Jesus.A cursory look would have given an impression that Matthew’s report is totally different from Luke’s.While the former says that the Centurion came directly to meet Jesus,the latter says he sent some elders to him!

“When Jesus had entered Capernaum, a centurion came to him, asking for help. “Lord,” he said, “my servant lies at home paralyzed,suffering terribly.”-Matt 8:5-6

“Now a centurion had a servant who was sick and at the point of death, who was highly valued by him. When the centurion heard about Jesus, he sent to him elders of the Jews, asking him to come and heal his servant”-Luke 7:2-3

While some commentators believe that there were two different Centurions in the stories above,I humbly disagree.The reason is that Jesus wouldn’t have said:”I have not found so great faith, no, not in Israel” to each Centurion! If he had found it in one then the other Centurion’s faith would have been ‘lesser faith’! Furthermore,let it be pointed out that these accounts are not contradictory whatsoever.Simply,Matthew tried to summarise the story while Dr Luke gave a detailed account of what happened.

Most importantly,these two accounts open our eyes to the concept of delegated authority that I will share on this platform.In Jewish culture,when you send a message through someone to a person,it is the same as you directly talking to the person! So even though the Centurion didn’t go directly to meet Jesus,Matthew was right by saying he did because the elders that went to see Jesus were sent by the Centurion.They couldn’t have delivered any other message than that of the Centurion.

What can we learn from the points above? We are God’s messengers on earth.We represent Christ.We are His ambassadors.We are God’s mouthpieces.Therefore,

“If anyone speaks, they should do so as one who speaks the very words of God…”-1 Peter 4:11

“If anyone speaks, he should speak as one conveying the words of God…”

“If anyone speaks, let him speak as the oracles of God…”

How does God speak?

“…He calls those things which be not as though they were-Roman 4:17c

“…He calls into being what does not yet exist.”

Halleluyah!!! Now that we know how God speaks,we ought to represent Him here on earth by speaking the same way.We can’t afford to say something less than that or else we will misrepresent Him.We need to speak His words to the world and situations as if He were talking to them directly the way Matthew wrote the account of the story of the Centurion.This is because great faith calls those things which are not as though they are!

Having clarified that,I will prefer to use Dr Luke’s version of the story because it is more explicit:

“When the centurion heard about Jesus, he sent to him elders of the Jews, asking him to come and heal his servant. And when they came to Jesus, they pleaded with him earnestly, saying, “He is worthy to have you do this for him, for he loves our nation, and he is the one who built us our synagogue.” And Jesus went with them. When he was not far from the house, the centurion sent friends, saying to him, “Lord, do not trouble yourself, for I am not worthy to have you come under my roof”-Luke 7:3-6

Who was a Centurion? An officer in the army of ancient Rome who most times must have been promoted through the ranks after 15 to 20 years of service.He had 100 men under his commands:20 out of these 100 men were servants and orderlies.It was probably one of these servants that fell ill :

“A centurion’s servant, who was highly valued by him, was sick and about to die.”-Luke 7:2.

What was a Centurion’s job description?a)Training of the soldiers b)Giving out assignments c)Maintaining discipline in the ranks d)Procurement of food and supplies when the army was on the move e) Escorting prisoners(a centurion supervised the crucifixion of Christ)

All these made Centurions to be highly influential and wealthy.Their subordinates were also in the habit of giving them bribes so that they could be sent on easier tasks! Apart from the harsh treatments the Centurions meted out on their men,some were seen as brutal to civilians.However, the Centurion in our text today was a good man as far as the community was concerned but he knew deep within himself that he was a wicked man!

The Elders said: “He is worthy to have you do this for him,for he loves our nation, and he is the one who built us our synagogue.”

The Centurion said: “Lord, do not trouble yourself, for I am not worthy to have you come under my roof”

Have you ever been in this kind of situation before? When people praise you and you know you are unworthy of such a praise? Humble hearts are always like that! They know they are unworthy of God’s blessings but grace finds them.They know that all their righteousness are like filthy rags but mercy says:No!

Oh my God…I pray that grace will locate you today.Though you may not merit it,God’s grace will find you.God’s mercy will wipe away your past misdeeds.His mercy will prevail over judgement in your life in Jesus’ name.

This is just the beginning…We shall see here on Sunday morning.