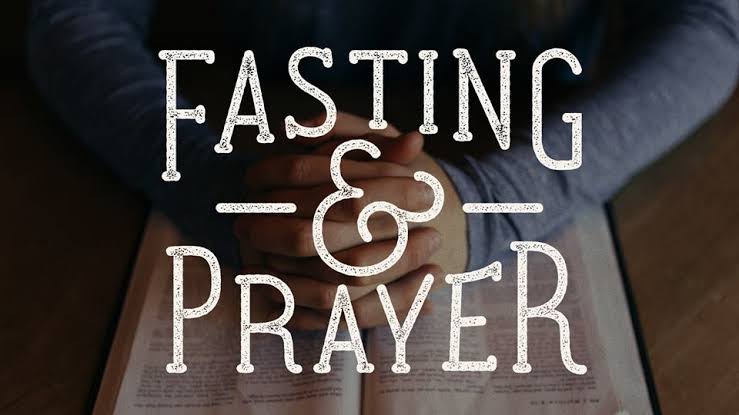 You are welcome to the Wednesday edition of Rhemablog.Last Sunday I posted “When fasting is not advised”(Read it here).Today,I want to start a series on fasting and prayer.

Let’s begin by looking at Jesus before and after fasting for 40 days:

“Jesus, full of the Holy Spirit, left the Jordan and was led by the Spirit into the wilderness”-Luke 4:1

“Jesus returned to Galilee in the power of the Spirit, and news about him spread through the whole countryside”-Luke 4:14

What happened between verses 1 and 14? The answer is in verse 2:

“Where for forty days he was tempted by the devil.He ate nothing during those days, and at the end of them he was hungry.”

Though Christ was full of the Spirit, he prayed and fasted.After the 40-day fasting and prayer,he entered Galilee with power.

He must have subtly referred to how himself began his ministry when he told the disciples that “…this kind does not go out except by prayer and fasting”– Matt 17:21

NB:The disciples had been given authority over demons earlier on,but they were unable to deliver the boy with seizures.

“I have given you authority to trample on snakes and scorpions and to overcome all the power of the enemy; nothing will harm you”-Luke 10:19

The disciples definitely had authority over the demons but they needed more than the authority.They needed power to be able to enter the strong man’s house and plunder him.Jesus said such power could only come out by prayers and fasting.From our text in Matt 17 we can see that the devil had built a stronghold in the life of the boy from childhood and was not willing to go out.So,it was not an argument about whether they had authority or not.It was about whether they had enough power to enter the strongman’s house or not.

Let me explain the difference between authority and power with the following illustration:

The search warrant authorises a police officer to carry out a search of a man’s house.If there is a need for arrest,it could be enough to arrest a gentle suspect.The policeman could just say: “I have seen something implicating in your house,please meet us at our station…” Simply,the gentleman follows the police officer without any resistance.

However,a police man does not go to the house of an hardened criminal with only search warrant unless he wants to commit suicide!Rather,he goes their with handcuff and a gun just in case things go messy.

As believers we should know that we don’t fight against flesh and blood,we fight with powers! Therefore, we need to be fortified with powers through prayers and fastings.

Further difference between authority and power can be seen in the story of Gehaz and the dead child.Authority is like the staff of Elisha that he gave to Gehazi.The latter must have used the staff to perform miracles before,but on this occasion, it didn’t work:

“Gehazi hurried on ahead and laid the staff on the child’s face, but nothing happened. There was no sign of life. He returned to meet Elisha and told him, “The child is still dead.”-2Kings 4:31

Many times we also face this dilemma when we use the authority that we have in Christ but nothing seems to happen! We become confused!At that point,we ought to know that we need more than the authority.We need power.

I want us to note that when Elisha got to the house of the woman,he didn’t use the staff! He changed his approach.This is very deep.I was thinking Elisha would have collected the staff and laid it on the boy’s face.No,no, no.He did something special:He allowed the direct transfer of power from his body to the dead child:

“Then he went up and lay on the child, putting his mouth on his mouth, his eyes on his eyes, and his hands on his hands. And as he stretched himself upon him, the flesh of the child became warm”

“Then he got up again and walked once back and forth in the house, and went up and stretched himself upon him. The child sneezed seven times, and the child opened his eyes”-2Kings 4:34-35

If we want to become a conduit through which God’s power flows to our generation, we can’t run away from prayers and fasting because neither Christ nor the saints of the past did so.Can you guess where Elisha was when the Shunamite woman, whose son died ,came to see him? He was on Mount Carmel:

And when she came to the mountain to the man of God, she caught hold of his feet… 2 Kings 4 vs 27