The subtle spirit of envy and jealousy

Aug 21, 2019 Envy, Jealousy, The subtle Spirit of envy and jealousy 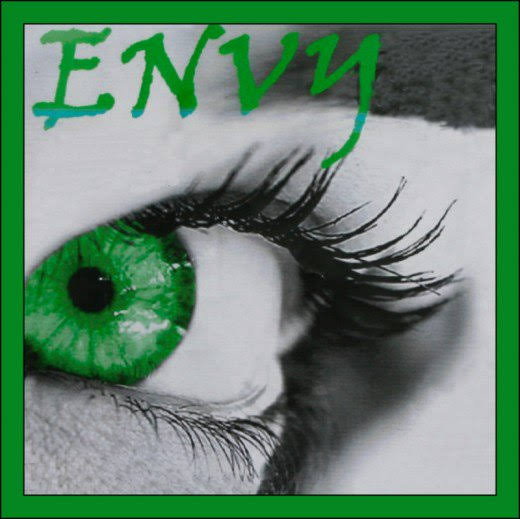 It is laid in my Spirit to run a series on this topic in order to point our attention to the subtle way the spirit of envy and jealousy operates even among Christians.

It is one of the spirits that can quietly enter a believer,use him/her without making noise and leave him/her until another time!

This Spirit can cause confusion between a Pastor and a brother who is gaining ‘popularity’ in the church.It can wreck havoc between a choir leader and a new choir member that is exceptional.It can cause frictions among leaders of different organizations when one of them is making waves.It can lead to quarrels between husbands and wives and it is the major cause of division in families especially polygamous homes.

People can keep malice for years, physically fight one another and even send assassins to kill the envied.The spirit can be that ruthless when it is habored.

There are some things I want us to note from the quotation above:

Envy is usually habored in the heart 💓 This makes it not to be easily seen as the cause of disorderliness.
Envy is earthly-It is part of the Adamic nature.It is a sign that someone is yet to put to death his/her carnal nature.
Envy is unspiritual/sensual-Anytime you envy,just know it is not from God.
Envy is demonic- It is inspired by demons!

When a united house/group/church etc suddenly becomes divided,get angry at each other unnecessarily,they keep malice and even fight each other,the subtle spirit of envy and jealousy is right there in their midst!

DIFFERENCE BETWEEN ENVY AND JEALOUSY
On the one hand,envy occurs when you lack a desired attribute that someone else has.It is a reaction to a lack of something.On the other hand,jealousy manifests when something you already possess or someone you love dearly is threatened by a third person.It occurs when you are worried someone is trying to take what you have.It is a reaction to the threat of losing something/someone.
The psychologists believe both envy and jealousy make you feel inadequate.

CAUSES OF ENVY AND JEALOUSY
1)When someone else  is  favored by God:

“… The LORD looked with favor on Abel and his offering, but on Cain and his offering he did not look with favor. So Cain was very angry, and his face was downcast.”-Gen 4:4b-5.
” While they were in the field, Cain attacked his brother Abel and killed him.” -Gen 4:8b

You can see the obvious manifestations of envy in Cain: They range from anger to depression to malice to attack and finally to murder!!!
You write the same exam, attend the same job interview ,then results come out,your partner is favored! Envy sets in…

This should not be.Don’t envy the favored of the Lord,rather move closer to them and ask them what they are doing right that you are not doing.

2)When someone else is outstanding:

” They came as a group to oppose Moses and Aaron and said to them, “You have gone too far! The whole community is holy, every one of them, and the LORD is with them. Why then do you set yourselves above the LORD’s assembly?” -Num.16:3

‘They’ in above quotation were Korah,Dathan,Abiram plus 250 Israelites men.They envied the two men who were their leaders.

That is the spirit of envy at work.This can happen between the church members and their leaders because exceptional leadership attracts envy.

3)When the dreams/achievements of someone are intimidating:

“His brothers said to him, “Do you intend to reign over us? Will you actually rule us?” And they hated him all the more because of his dream and what he had said.”-Gen 37:8

Joseph’s dreams intimidated his brothers.They had not even seen the dreams come to pass when they started envying him.In their minds,he had already achieved the dreams!They eventually conspired to get rid of him by selling him!That is how the spirit of envy and jealousy works.

“Because the patriarchs were jealous of Joseph, they sold him as a slave into Egypt. But God was with him and rescued him from all his troubles.”-Act 7:9-10b

Did you notice the word ‘patriarchs’ above? Yes! Envy does not respect titles! It is a spirit.It can inhabit any life that gives it a place of abode.
However,it should be noted that when you become jealous of people’s dream and achievement to the point you want to get rid of them,you may be indirectly helping them to fulfil their destiny!

4)When someone is gaining popularity more than you:

“As they danced, they sang: “Saul has slain his thousands, and David his tens of thousands.
Saul was very angry; this refrain displeased him greatly. “They have credited David with tens of thousands,” he thought, “but me with only thousands. What more can he get but the kingdom?”
And from that time on Saul kept a jealous eye on David. -1 Sam.18:7-9

The incident above marked the beginning of David’s travail in Saul’s hands.Saul nearly killed him later because of that.
Someone might think “Why is that man’s school getting new students than ours? Why is that church gaining ground in this town compared to ours:We only have 200 members,they are more than 2000 members!
Envy,envy,envy!

As I round off today,let me ask some questions:Is your recent prayer point to God borne out of envy? Did you start asking God to give you something so that you can use it to smite your neighbor who has been doing well of recent? You need to repent immediately because God won’t answer such prayers:

“When you ask, you do not receive, because you ask with wrong motives, that you may spend what you get on your pleasures”-James 4:3