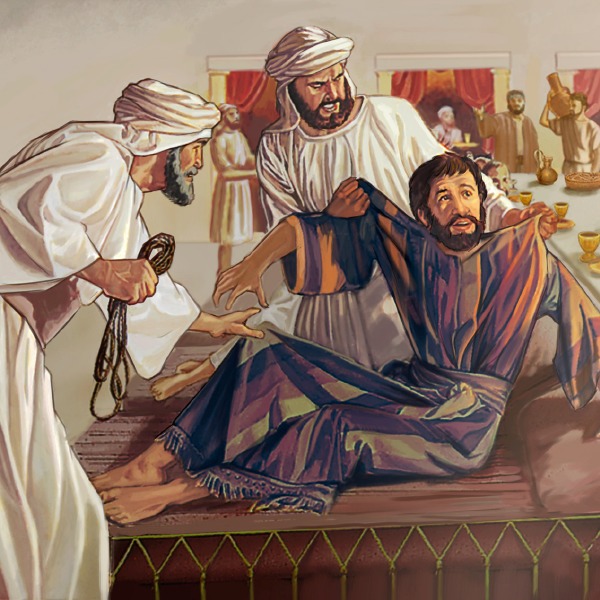 There are three major groups of people in the parable of the Wedding Banquet:

A flake is someone who generally makes plans with you,promises to do things with or for you but can never seem to follow through.When you confront such person,he/she gives excuses for failing to fulfil the promises.

A flake can also be defined as someone whose loyalty or affection changes frequently.

God promised to send a Messiah through the Root of Jesse.The Jews believed in the prophecy and were expectant.When the promised Messiah came,they rejected Him and gave God some excuses:

“The feast has been prepared. The bulls and fattened cattle have been killed, and everything is ready. Come to the banquet!’ But the guests he had invited ignored them and went their own way, one to his farm, another to his business”-Matt 22:4-5

You see,the flakes will always have reasons why they think certain things cannot be done.One of their excuses will be that they are too busy!Either with their farming activities in the village or their businesses in the cities.

I have lived in a village,a town and a city and I have heard people give excuses for not doing something related to the salvation of their souls.What I have found out is that the problem with the flakes is not that they are too busy but where their hearts are.It is not because they live in the city,people who are in the villages have excuses too!

In this parable you will see that those in the villages prioritized their farms and those in the city preferred their businesses to the King’s invitation.Why?

“Wherever your treasure is, there the desires of your heart will also be”-Matt 6:21

Friends,if you really want to give your life to Christ,you will do that without excuses.It is because you aren’t ready you give different kinds of excuses.

“I am busy” is not a complete sentence in reality!It only becomes complete when you say what you are busy doing.That can give us an idea of where your heart is.For instance,if your fiance or husband is always telling you he is too busy to call you,ask him what he is busy doing.For all you care,he might be busy with someone else!Nobody is too busy for what he prioritizes.A man will always create time for what he values.

You have heard the call of salvation several times but you give God excuses.Many times you even accept the calls and promise to live for God but you backslide again.For how long will you be a flake? Repent today and prioritize the salvation of your soul.The Wedding Banquet is set.

A fake is someone who is not what or who he/she claims to be.A fake is a wolf in sheep’s clothing,a charlatan,a hypocrite,a pretender.

The fake man in this parable looked the same way like the others that were invited.Externally,nobody noticed any difference.He entered the gate without anybody noticing he was not putting on the wedding garment.It was possible because:”Man looks on the outward appearance”.

Wearing designer suits can make you look like a Pastor! Talking like the General Overseer can make people think you are born again! When your skirts extend to your ankle,you may be placed in certain positions ahead of those “sinners” wearing ‘micro mini skirt’.Hahahahaha.However,that can only continue till the King comes in to access the guests!

“And the King entered to see the guests and he saw a man there who was not wearing a wedding garment”-Matt 22:11

Therefore,if you know that your life revolves around falsehood,pretence and hypocrisy,come to God today and confess to Him before it is too late.

Now I have a big challenge not with the way the fake man was banished because he was not wearing the wedding garment but I am more concerned in what the King didn’t consider:Whether the guests were good or bad.

“And those servants went out to the roads, and they gathered everyone whom they found, bad and good, and the place of the wedding feast was filled with guests” -Matt 22:10

He invited both the evil and the good people! Sincerely speaking,I wouldn’t have taken this hook, line and sinker if this parable was not spoken by Christ Himself!Why? Growing up,we were taught that good people will go to Heaven and bad people will enter hell fire.So how come an evil person found himself in the wedding organised by God? Not only that,the fake person that was disqualified was judged by his refusal to wear the wedding garment not because he was a bad person.

I went further to check the Greek word for ‘bad’ and I was shocked:

NB:The ‘devil’ above reminds me of those people we think can never be born again or even enter heaven! You know those ‘devil incarnates’ in your area? Yes, yes, yes! You might be shocked to see them in the Marriage Supper of the Lamb and that fake ‘holy’ brother in Hell!

No,not at all!!! It was because he was not wearing the wedding garment.

“And the King entered to see the guests and he saw a man there who was not wearing a wedding garment”-Matt 22:11

What is this wedding garment? How can one get it?Aren’t you interested in something that you will wear and God won’t look at your character whether good or bad?

If you are,join me on Saturday as I continue this series.