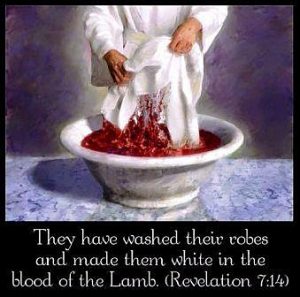 In ancient times,it was the duty of the convener of a public function like a marriage party to provide the garments to be worn by the guests.The guests were expected to remove their garments on arrival at the venue of the feast,entered into a bath for washing and then be clothed with the garments suited for the occasion.To refuse to accept or wear such a garment would be deemed the highest insult to the convener.Furthermore,if the feast was organised by a king,the person with the strange garment would be punished.

Jesus Christ had above in mind when he narrated the parable of the wedding banquet.In fact,God also gave such a hint through a prophet in the Old Testament:

“And it shall come to pass in the day of the Lord’s sacrifice, that I will take vengeance on the princes, and on the king’s house, and upon all that wear strange apparel“-Zeph 1:8

God promised here to be angry with those that refused to wear the recommended garment.

With that introduction,let me move to the last group of people in the parable:

They were not qualified to be in the banquet in the first place.Their good or bad character didn’t qualify them.Their faithfulness or unfaithfulness didn’t either.They came in with their different shades of garment but something happened to them.Apostle Paul clearly explained what happened to them at the gate of the ‘wedding banquet’:

“You were taught, with regard to your former way of life, to put off your old self, which is being corrupted by its deceitful desires”-Ephe 4:22

Garments which represented what they used to be were removed at the gate!

Then the following ensued:

And that is what some of you were. But you were washed, you were sanctified, you were justified, in the name of the Lord Jesus Christ and by the Spirit of our God.”-1Cor 6:9-11.

Before,they were sexually immoral,drunkards,thieves,homosexuals etc but at the gate they pulled those garments off and were washed, justified and sanctified.

It didn’t end there,they were now given the wedding garment already prepared by the King.

“To be made new in the attitude of your minds;and to put on the new self, created to be like God in true righteousness and holiness“-Ephe 4:23-24

The wedding garment given to them is the righteousness of Christ.It is a gift from God to all those that wash themselves in the blood of the Lamb.We can confirm that from the future fulfilment of this parable:

“After this I saw a vast crowd, too great to count, from every nation and tribe and people and language, standing in front of the throne and before the Lamb. They were clothed in white robes and held palm branches in their hands”-Rev 7:9

“Then one of the twenty-four elders asked me, “Who are these who are clothed in white? Where did they come from?”

“And I said to him, “Sir, you are the one who knows.” Then he said to me, “These are the ones who died in the great tribulation. They have washed their robes in the blood of the Lamb and made them white”-Rev 7:13-14

“Let us rejoice and be glad and give him glory!For the time has come for the wedding feast of the Lamb,and his bride has made herself ready.Fine linen, bright and clean, was given her to wear.” (Fine linen stands for the righteous acts of God’s holy people.)”-Rev 19:7-8

In conclusion,the invitation of salvation is going out to you now and there is still an opportunity to:Put off your old garment at the gate.Wash your dirty linen and yourself in the blood of the Lamb.Receive the garment of righteousness freely and be ready for the marriage Supper of the Lamb.