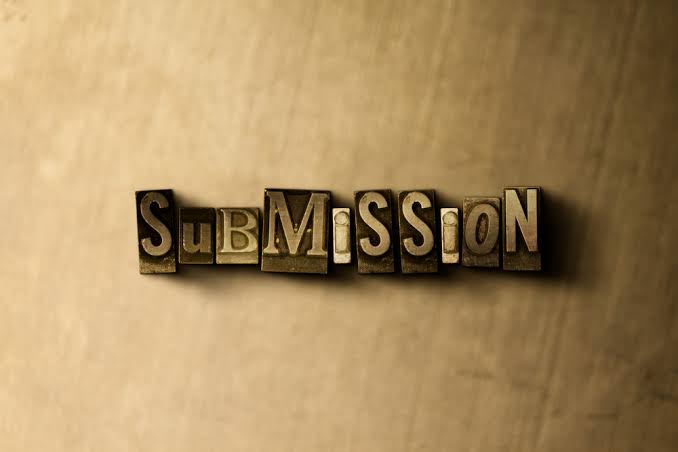 As a child matures,one of the things that he craves for is independence.He wants to be left alone to ‘run’ things without interference:

The same thing applies to our relationship with God.We get to a point that we think we can do things independent of Him.Our experience over the years with God gives us this false belief that God can take the back seat while we drive the car to our destination.Little do we know that no matter our years of being in Christ,we can’t produce nothing without His strength:

Even Paul didn’t say,”I can do all things” alone.He said,

“I can do all things through Christ that strengthens me”-Phil 4:13

This brings us to the next ‘S’ that is needed to hear God’s voice:

There are two definitions of submission to God that I want us to look at:

a)It is the act of giving our lives to God’s authority and control.In other words,we live according to His instructions.Our will does not count again!His will supercedes our will!

“Going a little farther, he fell with his face to the ground and prayed, “My Father, if it is possible, may this cup be taken from me. Yet not as I will, but as you will”-Matt 26:39

What was the implication of that decision? The Bible says:

“Even though Jesus was God’s Son, he learned obedience from the things he suffered”-Heb 5:8

“Jesus is God’s own Son, but still he had to suffer before he could learn what it really means to obey God”(CEV)

b)It is the act of giving up our ‘fundamental human rights’ to God.It simply means: Hands up! I surrender!

“But whatever was an asset to me I count as loss for the sake of Christ”-Phil 3:7

Let’s see an example of someone that submitted all to God:

“Some time later God tested Abraham. He said to him, “Abraham!”“Here I am,” he replied.Then God said, “Take your son, your only son, whom you love—Isaac—and go to the region of Moriah. Sacrifice him there as a burnt offering on a mountain I will show you”-Gen 22:1-2

Though Abraham left his wife at home(that sounds like solitude),went into the wilderness, specifically to Mount Moriah (a serene environment),it was his submission to God that was tested.Obedience,the Scripture says,is better than sacrifice.

It is not enough to pack your bag and go to a serene place to pray for the purpose of solitude,you must also be ready to submit to God.

It should be noted that for three days after Abraham set out for the journey,God didn’t say a word to Abraham.God was quiet.

Why didn’t God say anything?He wanted to be sure Abraham would submit to His instructions fully.In fact,God was not looking for partial submission from him.If that was God’s plan,He would have told Abraham to go back after seeing his action in verse 3:

“Early the next morning Abraham got up and loaded his donkey. He took with him two of his servants and his son Isaac. When he had cut enough wood for the burnt offering, he set out for the place God had told him about” Gen 22:3

Abraham did not receive the ‘second instruction’ from God until he sacrificed Isaac in his mind.Submission to God activates the voice of God.Without it,the network becomes jammed.

God was not moved by the actions of Abraham until he was about to sacrifice Isaac!In other words,God didn’t give him further instructions until he submitted fully to Him:

“When they reached the place God had told him about, Abraham built an altar there and arranged the wood on it. He bound his son Isaac and laid him on the altar, on top of the wood. Then he reached out his hand and took the knife to slay his son”Gen 22:9-10

Yes!!!Abraham passed the test.God quickly sent His angel to convey the ‘second instruction’ to Abraham:

“But the angel of the Lord called out to him from heaven, “Abraham! Abraham!”“Here I am,” he replied.“Do not lay a hand on the boy,” he said. “Do not do anything to him. Now I know that you fear God, because you have not withheld from me your son, your only son” vs 11-12

If God says:’Move’,it doesn’t mean you will always be on the move.He can also say:’Stop’.Many people kill their Isaac because they fail to receive that ‘second instruction’ from God.

“Submit to God, and you will have peace; then things will go well for you”-Job 22:21

“Reconcile yourself with God, and be at peace with him; in this way your prosperity will be good”-NET Bible.

“Agree with God, and be at peace; thereby good will come to you”(ESV).

If you want to hear God’s voice,submit to Him and be ready to obey His commandments.Disobedience will block the communication line.

Prayer:I receive grace to submit totally to God and His leadership in Jesus’ name.Amen.