“Launch out into the deep” 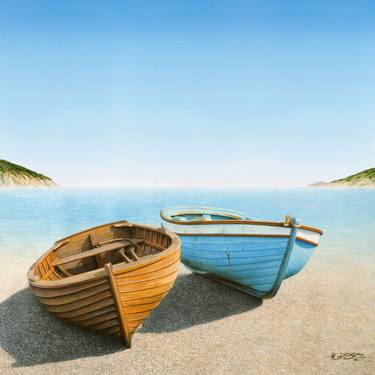 “It is not work that tires men and women, half as much as it is the disappointment which unsuccess brings”-Biblical illustrator

It was a big disappointment for Peter and his co-fishermen to work till day break with nothing to show for it! I mean: Nothing! They launched their nets in the deep,they caught nothing.They employed all their tactics, there was no result.

However,there was a preacher who had used Peter’s boat that was on the shore to preach.The man was Jesus Christ.He commanded Peter to do something:

“When He had stopped speaking, He said to Simon, “Launch out into the deep and let down your nets for a catch”-Luke 5:4

The Greek word for ‘launch out’ is ‘epanagō‘ which means return to (sea) or put out to (sea).

Trust Peter,he quickly told Jesus how he had tried to catch fish without success:

“But Simon answered and said to Him, “Master, we have toiled all night and caught nothing; nevertheless at Your word I will let down the net”-Luke 5:5

“And when they had done this, they caught a great number of fish, and their net was breaking”-Luke 5:6

You see,how you handle disappointments go a long way in determining whether you will be successful or not.When you give up easily,you might not be able to move to the next phase of your life.

Don’t be afraid to try again!

Launch into the deep.

No word from God will ever fail