Nov 13, 2019 christian race, Feeding of the 5000, Giver and the gift, Jesus and the disciples, Looking forward, Peter 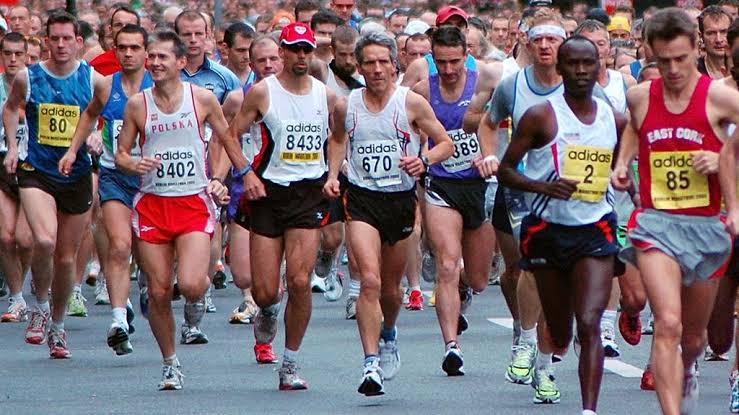 There is nothing wrong with the gifts,the bread or the results.In fact,God uses their lack to draw man’s attention to Himself.When a man does not have them,and God shows up for him,he runs after God and a relationship is built.

Take for instance,Peter and his co-fishermen toiled for many hours without catching anything.Jesus told him to let down his net and the net caught many fishes until it tore! What a miracle!The miracle was so mighty in their sight that they left their nets and fishes to follow Christ.

“They brought the boats in to land.Then they abandoned everything and followed him”-Luke 5:11

There was another instance when Jesus fed the five thousand people.After eating,they were so enthralled that they wanted to make Jesus the king!In their minds,if Jesus could become the king,he would eradicate poverty in their country.There wouldn’t be lack of food if Christ became their King.

“After the people saw the sign Jesus performed, they began to say, “Surely this is the Prophet who is to come into the world.”Jesus, knowing that they intended to come and make him king by force, withdrew again to a mountain by himself”-John 6:14-15

The third example I want to cite is about Peter again.This was post-resurrection of Jesus.He led his friends to go back to fishing! But didn’t you just read it above that they left their nets to follow Christ? Yes!

““I’m going out to fish,” Simon Peter told them, and they said, “We’ll go with you.” So they went out and got into the boat, but that night they caught nothing”-John 21:3

They caught nothing again! They had an empty net that night until Jesus showed up:

“He called out to them, “Friends, haven’t you any fish?”“No,” they answered.He said, “Throw your net on the right side of the boat and you will find some.” When they did, they were unable to haul the net in because of the large number of fish”-John 21:5-6

I want you notice something fundamental about the three examples that I gave above.All the miracles were wrought by Christ in order to direct their attention to something more important.Catching nothing after several attempts was a means of directing the attention of the disciples away from the fishes to Himself.Lack of money or means to feed the five thousand hungry people in a desert was a way of showing them the true Bread of life.Peter catching nothing again was a means of showing him whom he loved.

“…‘Don’t be afraid,’ said Jesus to Simon. ‘From now on you’ll be catching people…Then they abandoned everything and followed him”-Luke 5:10b-11

“When they found him on the other side of the lake, they asked him, “Rabbi, when did you get here?”Jesus answered, “Very truly I tell you, you are looking for me, not because you saw the signs I performed but because you ate the loaves and had your fill…For the bread of God is the bread that comes down from heaven and gives life to the world.”“Sir,” they said, “always give us this bread.”Then Jesus declared, “I am the bread of life. Whoever comes to me will never go hungry, and whoever believes in me will never be thirsty”-John 6:25-26,33-35

“When they had finished eating, Jesus said to Simon Peter, “Simon son of John, do you love me more than these?”“Yes, Lord,” he said, “you know that I love you.”Jesus said, “Feed my lambs”-John 21:15

GRACE AND TRUTH MUST KISS EACH OTHER!