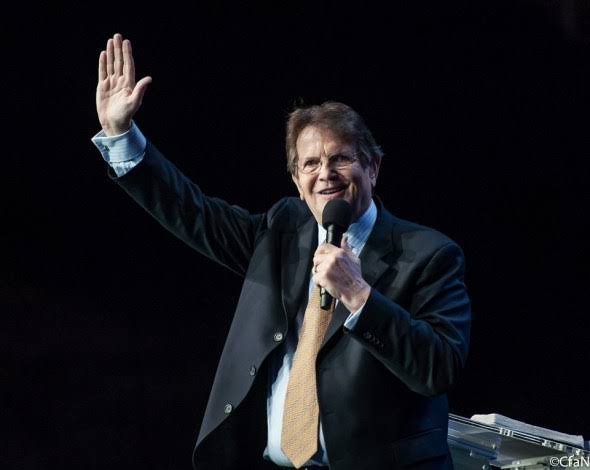 It is no longer news that Reinhard Bonnke passed on yesterday (7th Dec 2019),but I am enthralled by two of his legacies:

His Passion for Souls

“Every time I take a microphone, I have only one purpose in mind – to see hell empty and heaven full.”– R.Bonnke

He pulled crowd for Christ.He didn’t use his platform for any material gain! He could have made billions of naira out of Nigerians legitimately and people would have willingly given him but he never did!

Read what he said about that during his Farewell Crusade in Lagos in November 2017:

We are here to bless you; we have brought you gifts of salvation and deliverance; we are here to give and not to take anything from you. Anyone who asks you to give offering for this crusade is a thief and should be reported immediately.

How then did he bankroll those crusades if he refused to collect offering?While I may not be in the position to answer that,I know how Apostle Paul did something similar to that:

Was it a sin for me to lower myself in order to elevate you by preaching the gospel of God to you free of charge? I “robbed” other churches by accepting their contributions so I could serve you at no cost-2Cor 11:7-8

Paul received the gifts from the ‘haves’ so that the ‘haves not’ could receive the gospel free of charge!

Today,the internet is replete with the numbers(in millions) of souls Reinhard Bonnke preached to and not the dollars in his account.What a legacy!

Let me die the death of the righteous, and may my final end be like theirs!-Num 23:10b

Kolenda is being mightily used by God with many reported miracles following his ministration and millions of souls being saved:

Why did Evang. Bonnke not hand over to his son? Afterall He looks exactly like his father,why not him? Hmmmm

Why not his wife?At least she was with him through thick and thin…Hmmmm

Three lessons to learn from the great Evangelist’s succession plan:

1)Ministry under the new covenant should not be a family business or affair.If you think your son or wife does not have the passion to carry on the work after you,why should you impose him/her on the church?

2)Your shoe is not too big for anybody to step into.Everybody has his/her own shoe which fits.It is wrong to think Joshua would do things like Moses.Therefore,your responsibility is to groom your successor on time and watch him do things before your exit!

3)Don’t turn God’s ministry to civil service: If Bonnke had wanted to choose his successor by seniority,he wouldn’t have picked Evangelist Kolenda.He was a postal clerk at Christ for all Nations’ headquarters when Bonnke met him.From the mail room,he became a missionary evangelist.

Reinhard Bonnke is gone but the work of God continues…

I am sorry that I wasn’t able to publish the series on the Corinthian church today as earlier promised…On Wednesday,it will hit the internet.