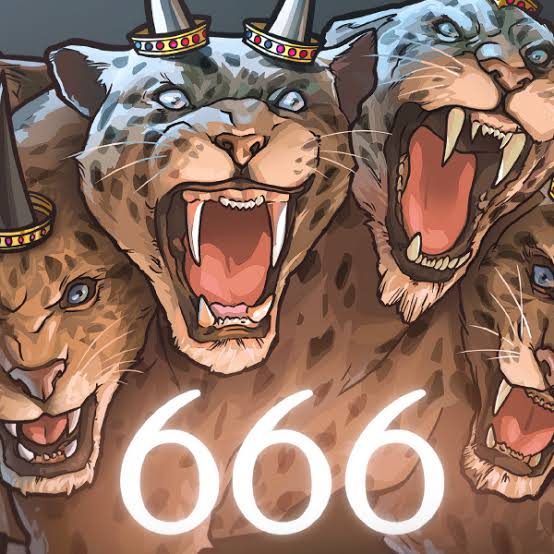 While there has been much lethargy towards the Covid-19 vaccine in some quarters,others are willing to be vaccinated against this deadly virus ravaging the world.Both have their reasons! In this article,rather than have a jaundiced view,I would rather present the facts and let you take an informed decision.

One of the reasons the former group does not want to be vaccinated is the fact that they believe the vaccine is a mark of the beast as written in the Book of Revelation 13.

It also forced all people, great and small, rich and poor, free and slave, to receive a mark on their right hands or on their foreheads,so that they could not buy or sell unless they had the mark, which is the name of the beast or the number of its name.This calls for wisdom. Let the person who has insight calculate the number of the beast, for it is the number of a man.That number is 666- vs 16-18

The proponents deduce from this passage that the mark mentioned above must be referring to the Covid-19 vaccine.Their belief is further strengthened by the fact that the vaccine is injected into the shoulder and the threat that there are possible restrictions to be imposed on those who are not vaccinated.Some deep thinkers have also come up with the numerical significance of CORONA:

However,in my study,I noticed that this is not the first time certain innovations would be linked to the mark of the beast.When social security number was introduced,it was predicted to be the ‘mark’.Credit cards were once tagged a means of introducing the mark of the beast covertly.In 1998/99 ,there was a teaching among Christians then that the sitting Pope was likely the ‘AntiChrist’.This ideology came from the supposed Papal title : Vicarius Filii Dei.They believed the numerical summation was equivalent to 666 which is the mark of the beast!

This went viral then because the millenium was near and people didn’t know what was going to happen on 1st January 2000! Fear of the unknown propelled this assumption.Events have actually overtaken this and such is no longer being taught in many churches.

What does the Bible say about the mark of the Beast?

I will want us to study the Book of Revelation 13.I have decided to do this to clear our minds on this issue of the Antichrist and the Mark of the Beast.

Revelation 13 is a vision of what is to happen in the first half of the seven year tribulation for those who don’t make the rapture.There are five major things of note here.Four of them would preceed the issuance of the mark of the beast:

The coming of the Dragon

The rising of the Beast from the Sea ( 1st Beast)

The rising of the Beast from the Ground (2nd Beast)

The issuance of the mark of the Beast

The Dragon is going to transfer its power and authority to the 1st Beast from the Sea.The inhabitants of the earth would worship both the Dragon and the 1st Beast.This Beast would rule for 42months(three and half years):

The Beast had a loud mouth, boastful and blasphemous. It could do anything it wanted for forty-two months. It yelled blasphemies against God, blasphemed his Name, blasphemed his Church, especially those already dwelling with God in Heaven. It was permitted to make war on God’s holy people and conquer them. It held absolute sway over all tribes and peoples, tongues and races. Everyone on earth whose name was not written from the world’s foundation in the slaughtered Lamb’s Book of Life will worship the Beast vs 5-8

The 1st Beast would eventually receive a deadblow and die after transferring its power to the 2nd Beast.This 2nd Beast which is the one people usually refer to as the Antichrist is going to rise from the earth.It is going to make the image of the 1st Beast and force the people to worship it.

This second Beast worked magical signs, dazzling people by making fire come down from Heaven. It used the magic it got from the Beast to dupe earth dwellers, getting them to make an image of the Beast that received the deathblow and lived. It was able to animate the image of the Beast so that it talked, and then arrange that anyone not worshiping the Beast would be killed.  It forced all people, small and great, rich and poor, free and slave, to have a mark on the right hand or forehead. Without the mark of the name of the Beast or the number of its name, it was impossible to buy or sell anything. Solve a riddle: Put your heads together and figure out the meaning of the number of the Beast. It’s a human number: six hundred sixty-six- vs 13-18

Why do I believe Covid-19 vaccine is not the mark of the beast?

1)From the scriptures above, issuance of the mark of the beast is going to take place after the rapture.It will be wrong to say that the 2nd Beast has begun its reign now.If you believe that,then why are you still here? Why didn’t you make the rapture?

2)The mark of the beast will be commenced by an individual(the 2nd Beast) not an institution.Covid-19 vaccine production is institutionalised.

3)The mark of the Beast is a mark of identification and obeisance to someone.It is a sign of worship of the 1st Beast.Those on earth during this period need to receive this mark as a sign that they identify and are loyal to the Beast.In contrast,those that are raptured will also receive the mark of the Lamb in heaven.

Then I looked, and behold, on Mount Zion stood the Lamb, and with him 144,000 who had his name and his Father’s name written on their foreheads-Rev 14:1

Covid 19 vaccination is not about worshipping any individual.Rather,its aim is to confer immunity against the deadly covid-19 virus.It prevents people from dying of Covid-19 complications.The mark of the Beast won’t do that!

4)The mark of the Beast will be given on the foreheads and right hands.In contrast,Covid-19 vaccine is administered on the shoulder.