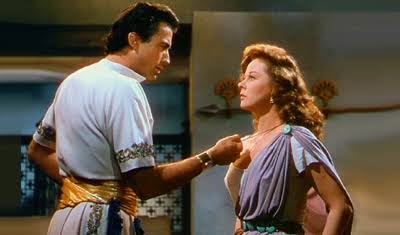 Mrs Uriah: Good morning,please could you help me tell the King that I am pregnant?

Mrs Uriah: Yes! It was shortly after my menses that the King called me to his palace and I just noticed now that I have missed my period!

Palace messenger:I am on my way to deliver the message.

The palace messenger delivered the message succinctly to King David: ” Bathsheba is pregnant”

King David and Bathsheba knew the consequence of the affairs and that was the reason the latter quickly sent the message so that the former could do something ASAP!

What was the consequence then? Death!

‘If a man commits adultery with another man’s wife–with the wife of his neighbor–both the adulterer and the adulteress are to be put to death’- Lev 20:10

King David had to come up with ideas to stall the impending death hanging on him and Bathsheba.

COVER UP 1: To invite Uriah from the war front immediately.

AIM:That the child to be born to Bathsheba might be taken as Uriah’s child.

There was nothing like paternity test then,so King David wanted Uriah to come and sleep with his wife.This would make Uriah to assume the child was his.

“So David sent this word to Joab: “Send me Uriah the Hittite.” And Joab sent him to David.

Cover up 1 was successful…

COVER UP 2: “When Uriah came to him, David asked him how Joab was, how the soldiers were and how the war was going.”

AIM:To confuse Uriah about the purpose for which he was invited.

Cover up 2 was partly successful.Uriah must have thought that he was not the one meant to be giving updates on how the war was going to the king.Why this sudden change in the mode of communicating the military progress report? Uriah started suspecting something fishy at this point!

COVER UP 3:Then David said to Uriah, “Go down to your house and wash your feet.”

AIM: Smart King David didn’t tell Uriah to go and sleep with Bathseba at home!David knew if he had said that,Uriah would have suspected him.He only said: “Go and wash your feet

COVER UP 4: So Uriah left the palace, and a gift from the king was sent after him.

AIM: The gifts would make Uriah to feel he was much loved by the King.What a love!

Cover ups 3 and 4 were smartly considered by Uriah(God’s sovereignty too could have played a major role) and he made a crucial decision:

“But Uriah slept at the entrance to the palace with all his master’s servants and did not go down to his house”.

Hummmm.Uriah was now in the midst of King David’s men where his doubts could either be confirmed or disapproved…

Whether the guys in the palace gisted Uriah about what happened or not was not explicitly written in the Bible.However,let’s read the next two verses:

“David was told, “Uriah did not go home.” So he asked Uriah, “Haven’t you just come from a military campaign? Why didn’t you go home?”

Uriah said to David, “The ark and Israel and Judah are staying in tents, and my commander Joab and my lord’s men are camped in the open country. How could I go to my house to eat and drink and make love to my wife? As surely as you live, I will not do such a thing!”

Did you notice what Uriah said? “How could I go to my house to eat and drink and make love to my wife?”

Can you read between the lines now? Uriah must have gotten some privileged information about the affairs.So he decided not to go home.

1)Scandals do happen!The prayer is that one should not be the victim.The higher you are in the ladder of life,the more serious the repercussions.

My advice: Keep off from any affairs that can put you at risk of being scandalized.

2)Don’t try to manipulate the events after the scandals have happened using your own strength.Confess your sins before God and own up to those affected.Let natural events take their course.If it is a sex scandal,that is not when you start thinking of abortion! Your next move may lead to another serious complication and then to another grave consequence and you may end up committing murder.

It is a wrap for today.