How to Discipline your Children in Godly Ways(1)

May 29, 2019 Dr Ajimuda Temitope, How to discipline children in Godly ways, rhema, rhemablog 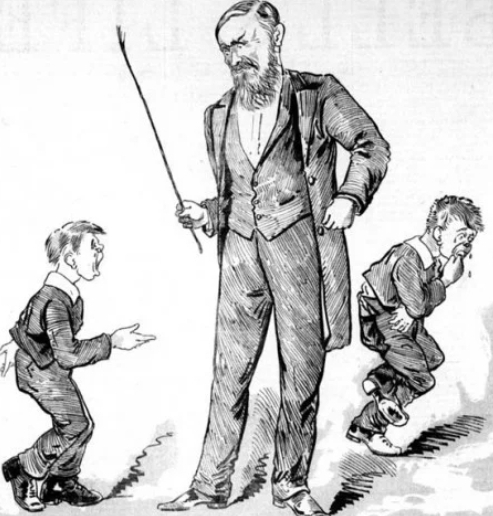 Children discipline is a very controversial topic.While some countries have banned corporal punishment as a means of disciplining children both at home and in school,other countries approve of its use while few are non-committal.Should parents spank their children when they err? Or should they just overlook their excesses? What is the position of the Bible as regards children discipline? These questions will be answered in this post.

Admittedly, there are genuine reasons many countries have advocated the non-use of corporal punishment. Firstly,they believe many parents physically abuse the children in the process.In other words,they argue that there is a thin line between child’s discipline and abuse.For example,in some African countries,some fathers could go as far as using blade to make cuts on the back of their disobedient children! I have even seen a situation where a mother inserted grounded pepper on her daughter’s private part because she was promiscuous! Such acts are seen as cruel,barbaric and extreme by the proponents of this view such as Canada, US,Kenya, South Africa, New Zealand,most of Europe and over 30 countries in the world. Secondly,they claim that even though smacking/spanking a child may correct bad behaviour in the short term,such acts could leave permanent psychological deformities in them.Many of the children,later on become very aggressive and hardened criminals.

On the other hand,some countries believe it is lawful to use canes to discipline a child,while some very few countries sit on the fence as there are no clear-cut legal/legislative pronouncements as regards that.These unwritten laws are passed from mouth to mouth over generations on how potent it is to use physical form of discipline to effect behavioral modifications in a child.Many African countries fall under this category.One major reason to support their view is that corporal punishment works.They have proven this by their many well-behaved children as compared to Western world children where Teenage crimes and juvenile delinquencies are on the rise.

What does the Bible say? Does it support either of the position above? Let’s study the Scripture:

“The one who will not use the rod hates his son, but the one who loves him disciplines him diligently.”(CSB)

Straight up,the Bible is clear on its position on children discipline :Use the rod of discipline!

But why will the Scripture say so? Why should I be paddling my children? The answer is in the next scripture below:

“Folly is bound up in the heart of a child, but the rod of discipline will drive it far away-Prov 22:15(NIV)

“A youngster’s heart is filled with foolishness, but physical discipline will drive it far away.”(NLT)

“Children just naturally do silly, careless things, but a good spanking will teach them how to behave”.(GNT)

Is it only through corporal punishment a child can be disciplined? No! The Bible says:

For a command is a lamp, teaching is a light, and corrective discipline is the way to life.- Pro 6:23

But what is the extent to which corporal punishment should get to? Are there limits? Yes! While some people believe that whatever discipline will be given to a child,it must not leave a physical mark on him/her.That is,such has become child abuse.

The Bible has a better limit to the use of rod of discipline:

“Fathers, do not provoke your children to anger by the way you treat them. Rather, bring them up with the discipline and instruction that comes from the Lord.”–Ephe 6:4

Parents, do not treat your children in such a way as to make them angry. Instead, raise them with Christian discipline and instruction.

How is it possible to use rod of discipline on a child,and such child will not get angry? Is it possible? Is God telling us something that is not feasible?

Join me this coming Saturday( 1st June 2019) as I will continue with this explosive teaching.