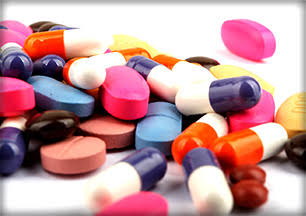 “Doc,I have a fever…It started three days ago.It has prevented me from going to work.To make matters worse,I started vomiting and passing loose stool early this morning.I am very weak now”.The doctor examines the patient,makes his diagnosis and orders some investigations.He then prescribes some medications…But the patient refuses to use the drugs!The patient says:”Doc,I have a better prescription medicine than the one you give to me”

Judah was sick! Judah had issues with some of his neighbors.Not long afterwards,she entered into troubles with some powerful countries and she became distressed. In the midst of all these,God examined Judah,made His diagnosis and prescribed 4 drugs for Judah’s sickness:

“For thus said the Lord GOD, the Holy One of Israel, “In returning and rest you shall be saved; in quietness and in trust shall be your strength.”But you were unwilling“-Isa 30:15

These medications(Returning,Rest,Quiteness,Trust) were prescribed to Judah but she refused to use them!She said:

‘No, we will get our help from Egypt.They will give us swift horses for riding into battle’-Isa 30:16a

With the above introduction,I want to welcome you to another explosive teachings that will run for some days.My central text is Isaiah chapter 30.

Let me start by giving some background information about the conditions of Judah.

Judah was fond of looking up to foreign countries for assistance whenever she was in trouble.The more she sought their help,the more her troubles.I want us to look at three instances where Judah was attacked and their responses:

1)Israel vs Judah: Do you wonder how Isreal could fight Judah? Were they not same nation? No,at that point,the United Kingdom of Israel had become divided into two independent nations: Israel and Judah.10 tribes formed the independent Kingdom of Israel in the north and the 2 other tribes, Judah and Benjamin, set up the Kingdom of Judah in the south.

“In the thirty-sixth year of Asa’s reign, King Baasha of Israel invaded Judah and fortified Ramah in order to prevent anyone from entering or leaving King Asa’s territory in Judah.Asa responded by removing the silver and gold from the treasuries of the Temple of the Lord and the royal palace. He sent it to King Ben-hadad of Syria, who was ruling in Damascus, along with this message:Let there be a treaty between you and me like the one between your father and my father. See, I am sending you silver and gold. Break your treaty with King Baasha of Israel so that he will leave me alone“-2 Chronicles 16:1-3

Judah knew that Israel was in alliance with Syria(a powerful nation) so when Isreal threatened Judah,the latter responded by trying to make Syria break their alliance with Isreal.

What a smart move! Hahahaha.

But how did the king of Judah go about that? Asa responded by removing the silver and gold from the treasuries of the Temple of the Lord and the royal palace. He sent it to King Ben-hadad of Syria!

It is a bad thing not to consult God first when you are in trouble.It is worse when you do not only neglect God but spit on His face!!! Can you imagine what Asa did? He sent the materials used in worshiping God to an earthly king just because he wanted to get help from him!

When you are in distress and troubled,God is interested on how you respond.Does the trouble make you closer to God or draw you away from Him? This is a fundamental question everyone should answer.

So let’s call the threat of Judah by Israel the ‘first attack of sickness’ where Judah refused to come to God’s clinic for treatment!

2)Syria +Israel vs Judah: This one is interesting.Syria who was given the treasuries of the Temple by Asa above became an ally of Israel and they besieged Judah! Once again,let’s see the response of another King of Judah:

“Then King Rezin of Syria and King Pekah of Israel came up to attack Jerusalem. They besieged Ahaz but could not conquer him…” King Ahaz sent messengers to King Tiglath-pileser of Assyria with this message: “I am your servant and your vassal.Come up and rescue me from the attacking armies of Syria and Israel.” Then Ahaz took the silver and gold from the Temple of the Lord and the palace treasury and sent it as a payment to the Assyrian king”-2Kings 16:5-8

Let’s record the above scenario as the second attack of Judah by this deadly disease and yet she refused to come to God for diagnosis and treatment.

From Syria,Judah ran to Assyria to get help and from Assyria,she went to another country:

3) Assyrians vs Judah:Have you noticed that the last ally of Judah used to become their next enemy?

“In the fourteenth year of King Hezekiah’s reign, King Sennacherib of Assyria came to attack the fortified towns of Judah and conquered them. King Hezekiah sent this message to the king of Assyria at Lachish: “I have done wrong. I will pay whatever tribute money you demand if you will only withdraw.” The king of Assyria then demanded a settlement of more than eleven tons of silver and one ton of gold.To gather this amount, King Hezekiah used all the silver stored in the Temple of the Lord and in the palace treasury. Hezekiah even stripped the gold from the doors of the Lord’s Temple and from the doorposts he had overlaid with gold, and he gave it all to the Assyrian king”-2Kings 18:13-16

The above story is the reason for the current topic.King Hezekiah was far different from the other kings because he trusted God though he still dispossessed the temple to make peace with the enemy.However,he didn’t make direct moves to beg other nations to save him unlike the two kings above.Despite what he gave to the Assyrian king,the latter sent a messenger of doom to Judah. From what the messenger said one could deduce that there were covert plans for Judah to get help from Egypt!!!

“Then the Assyrian king’s chief of staff told them to give this message to Hezekiah:This is what the great king of Assyria says: What are you trusting in that makes you so confident? Do you think that mere words can substitute for military skill and strength? Who are you counting on, that you have rebelled against me? On Egypt? If you lean on Egypt, it will be like a reed that splinters beneath your weight and pierces your hand. Pharaoh, the king of Egypt, is completely unreliable!”-2Kings 18:19-21

What was the response of Hezekiah to this threat? He consulted God!

“When King Hezekiah heard their report, he tore his clothes and put on burlap and went into the Temple of the Lord.And he sent Eliakim the palace administrator, Shebna the court secretary, and the leading priests, all dressed in burlap, to the prophet Isaiah son of Amoz”-2Kings 19:1-2

Now I want you to go back to Isaiah Chapter 30 or the introduction of this post and read.The words there are the responses of God through Prophet Isaiah about the predicaments of Judah.

What did God say? What was God’s prescription for Judah? Can we use these same medications today? All these questions and more will be answered tomorrow(Sunday) on this platform.