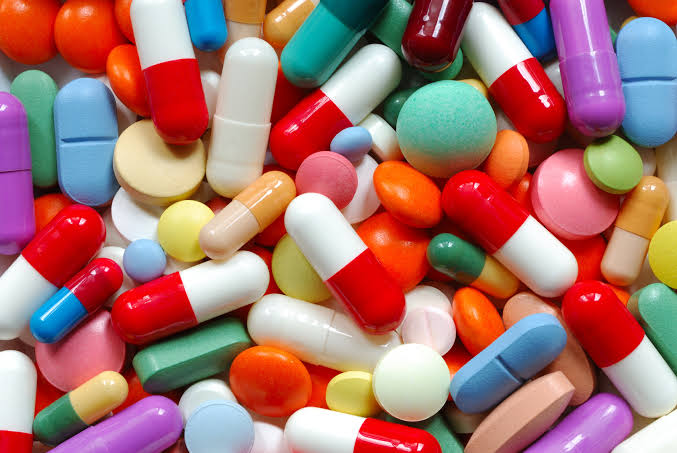 If only you could turn back to God (return) and humble yourself before Him(rest),you will be saved irrespective of how complicated and hopeless your situation might have been.

With that summary from the last two editions of Rhemablog,I want to welcome you to another session.

I will focus on the next ‘drug’ in the prescription sheet of God today:Quietness.

“For thus said the Lord GOD, the Holy One of Israel, “In returning and rest you shall be saved; in quietness and in trust shall be your strength.” But you were unwilling”-Isaiah 30:15

What a prescription to Judah’s problems!The different threats and attacks from powerful nations around them had revved up their spirits and set them in panic modes.In the midst of all these,God said they needed quietness/ shâqat/.God’s ways are not our ways and most times they are direct opposite to what human intelligence will suggest.Though it does not make any logical sense to be still and undisturbed when there are threats to your life,however, God’s word says:Be still,be quiet,be undeterred,rest and sleep in the midst of the storm like Jesus:

“A very bad wind came up on the lake. The waves were coming over the sides and into the boat, and it was almost full of water.Jesus was inside the boat, sleeping with his head on a pillow. The followers went and woke him. They said, “Teacher, don’t you care about us? We are going to drown!”Jesus stood up and gave a command to the wind and the water. He said, “Quiet! Be still!” Then the wind stopped, and the lake became calm”-Mark 4:37-39

In the name of the Jesus,every raging storm that has almost overwhelmed you,I command it to be quiet and still. Amen.

Let’s see other Scriptures where /shâqaţ/ was used :

“So Moab was subdued that day under the hand of Israel.And the land had rest /shâqaţ/ for eighty years”-Judges 3:30

“(Previously Hebron had been called Kiriath-arba. It had been named after Arba, a great hero of the descendants of Anak.) And the land had rest/shâqaţ/ from war”-Joshua 14:15

“He built up the fortified cities of Judah, since the land was at peace /shâqaţ/.No one was at war with him during those years, for the LORD gave him rest”-2Chronicles 14:6

From the above verses,I can deduce that /shâqaţ/ means absence of war/struggle!When wars cease,people go about their normal daily activities in peace,there is tranquillity and calmness in the environment and people sleep and rest with their two eyes closed.

But do Christians wage war like Judah?Do we go to battle with chariots and horses?Do we take AK-47 automatic assault riffles to fight our ‘enemies’? No!

“Of course we are human, but we don’t fight like humans.The weapons we use in our fight are not made by humans. Rather, they are powerful weapons from God. With them we destroy people’s defenses, that is, their arguments and all their intellectual arrogance that oppose the knowledge of God. We take every thought captive so that it is obedient to Christ”-2Cor 10:3-5

Today,the nature and the location of the war have changed.Unlike the case of Judah,there is no longer physical war against the Assyrians,Syrians or Egyptians,the attack is purely a spiritual warfare and the battle ground is in the soul.The Assyrians and Syrians are now sinful desires which wage war against the soul:

“Dear friends, I urge you, as foreigners and exiles, to abstain from sinful desires, which wage war against your soul”-1Peter 2:11

“The Spirit and your desires are enemies of each other. They are always fighting each other and keeping you from doing what you feel you should.”(CEV)

But it is a pity that the troubled and harangued souls still decline God’s prescription.They have refused to return to Him.They disdain His rest and continue to use their strength to wage war against their enemies!

“For thus said the LORD, the Holy One of Israel, “You will be saved in returning and rest. Your strength will be in quietness and in confidence.” You refused.You said, ‘No, we will get our help from Egypt. They will give us swift horses for riding into battle.’ But the only swiftness you are going to see is the swiftness of your enemies chasing you!”-Isa 30:15-16

It is dangerous not to follow God’s prescription.The situation can go from bad to worse.The war can become vicious and more severe.Therefore,Sinners!Backsliders!!Hypocrites!!!The troubled soul!!! I have a message from God that can make wars to cease in your life:

“He makes wars cease
to the ends of the earth.
He breaks the bow and shatters the spear;
he burns the shields with fire.
He says, “Be still, and know that I am God;
I will be exalted among the nations,
I will be exalted in the earth”-Psalm 46:9-10

Humbly come to this God today and He will save you from your predicaments.He can deliver you from that bad habit and addiction.He can heal you of that deadly disease but you must be willing to use His prescribed medications!

On Saturday,I shall be teaching on the fourth medication that God offered Judah.