This valley will be filled with water…(1) 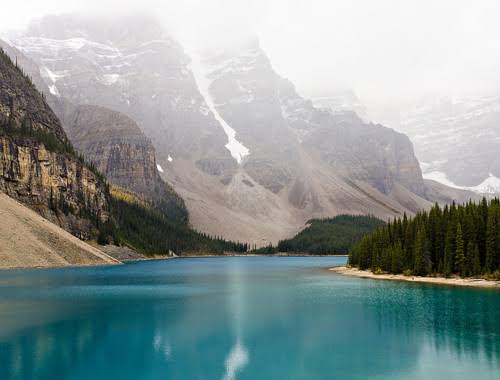 There are two out of the 5-fold ministries that tend to have some conflicts in terms of their operations.I am talking about the teaching and the prophetic ministries.While a teacher analyses God’s words,a prophet proclaims the words of God without an inkling of how they will come to pass.A prophet sometimes does some wierd stuffs that don’t have any logical explanation but to a teacher, everything must be logical.

Therefore,if you are under a teacher,there is a likelihood that you may think that those under a prophet are ‘inferior’ in terms of knowledge.Conversely,those under a prophetic ministry may think that people under a teacher are too ‘mechanical’ with the things of God.In my opinion,each ministry has its own benefits to the body of Christ and there should not be any comparison.Each has been given to help us at our various times of need.

One of the times the prophetic ministry was highly helpful is the story I am about to share with us.Let’s turn our Bibles to 2Kings chapter 3

“So at that time King Joram set out from Samaria and mobilized all Israel.He also sent this message to Jehoshaphat king of Judah: “The king of Moab has rebelled against me. Will you go with me to fight against Moab?”“I will go with you,” he replied. “I am as you are, my people as your people, my horses as your horses”-2Kings 3:6-7

“By what route shall we attack?” he asked.“Through the Desert of Edom,” he answered”-2Kings 3:8

There was a shorter route to Moab via Jordan but Jehoshaphat advised them to go through the desert of Edom which was a longer route to Moab.Bible scholars have linked his advice to various reasons:

a)Some think Jehoshaphat wanted them to pass that route in order to also conscript the king of Edom to join them in fighting Moab.

b)Some think it was a strategy to strike Moab from a least expected route.

Whatever the reason might be, everything seemed right until something happened:

“So the king of Israel set out with the king of Judah and the king of Edom. After a roundabout march of seven days, the army had no more water for themselves or for the animals with them”-2Kings 3:9

Their was a valley in that area where they thought there was going to be water.To their surprise,the valley was dry!

What did they do next?

To be continued tomorrow…