The Corinthian Church and Godly sorrow (2) 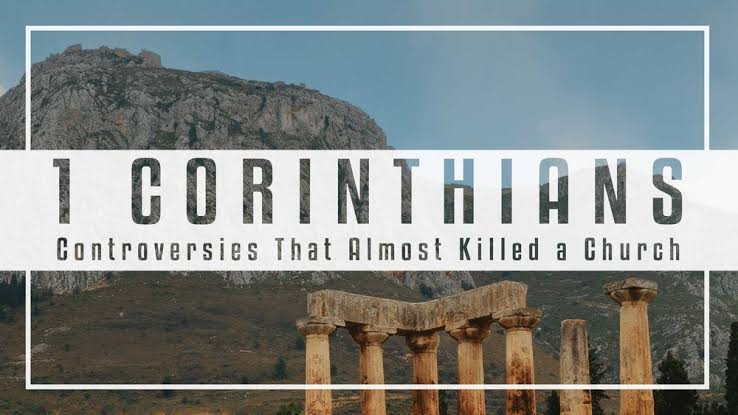 While the attitude of the Corinthian church to the reported case of incest among them will be my focus today,the reaction of the Church to Apostle Paul’s letter will take the centre stage tomorrow by God’s grace.

And you are proud! Shouldn’t you rather have gone into mourning and have put out of your fellowship the man who has been doing this?-1Cor 5:2

One could clearly see what pained Apostle Paul most in the above verse: The Church was still very arrogant and full of themselves despite the heinous act of that man.

How were they proud?

If you look closely at 1st Corinthians, you will notice that Paul devoted the first four chapters to address divisions in the church.

Everybody in the church belonged to a camp including the man that committed this sin!Each person had a spiritual father that he/she respected and praised to the skies.

This is one of the problems divisions bring in the body of Christ.Each camp starts defending its own irrespective of the sin one of them has committed.And the devil loves it when there is a polarization of the body of Christ.He is able to perpetrate his acts while they are busy hero worshipping their leaders.

“For where jealousy and selfish ambition are, there is confusion and every evil deed”-James 3:16

There are three possible reasons Apostle Paul said the church was proud if we consider what he addressed in the first four chapters of 1st Corinthians:

1)The man who committed incest definitely had his own spiritual father out of Paul,Apollos and Peter.Could it be that Paul said the church was proud because those who were in the same camp with this man were busy applauding their mentor’s eloquence,spiritual gift and achievements while overlooking the sin of one of the members of their camp?

Yes,it is possible.This is because Paul said something along that direction earlier on:

So then, no more boasting about human leaders! All things are yours,whether Paul or Apollos or Cephas or the world or life or death or the present or the future—all are yours,and you are of Christ, and Christ is of God-1Cor 3:21-23

In addition to that,I read that the man was probably one of the teachers in the church! So it is likely his followers were still proud of him despite his atrocity:

“I don’t care what they are saying about you sir,your message is still a blessing to me”.

There is an African proverb that says:

“One does not ignore leprosy to treat a rash”

Therefore,Apostle Paul had to confront the Corinthian church because while they were busy praising their leaders,they definitely left more serious problems unattended to.

2)Could it be that the other divisions in the church that the man who sinned didn’t belong to were the ones puffed up?Let’s assume the man belonged to the camp of Cephas.Was it that those in the other camps:Camp Paul,Camp Apollos and Camp Christ were trying to exonerate themselves from the scandal?

Yes,it is very possible as such a thing still happens till today!

“I have been telling you guys that the teachings you receive from your spiritual father are deficient.This kind of thing cannot happen under my mentor’s tutelage because he teaches holiness!” they boast.

If a scandal rocks Church A,the other churches behave as if they are saints: “At least it is not from our church that the scandal is originating from”,they say.Little do they know that whatever disaster hits the eyes also affects the nose!

3)Could it be that Paul said they were proud because the church was trying to be lenient with the man?

“It is a mistake,at least nobody is above mistakes.Let’s forget it and move on.”

“Let’s rally round him and ‘kill’ the news:”Tell it not in Gath, publish it not in the streets of Askelon.”

Paul would tolerate none of those sentiments:

Hand this man over to Satan for the destruction of the flesh,so that his spirit may be saved on the day of the Lord-1Cor 5:5

To be continued on Sunday…