The Corinthian Church and Godly sorrow (3) 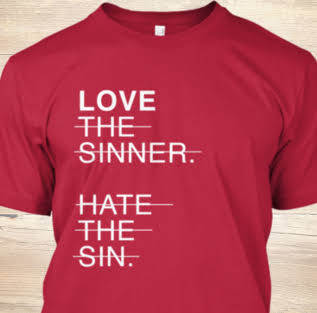 Not quite long after Part 2 of the series was posted,someone had a private chat with me concerning the last paragraph of the post:

‘Hand this man over to Satan for the destruction of the flesh,so that his spirit may be saved on the day of the Lord’-1Cor 5:5

Having obtained permission from the person,the edited comments are as follows:

“This today’s teaching ehhn!
Why should we hand over someone to satan?
Satan will deal with the person…
I don’t understand Apostle Paul ooo”

While I don’t know why Apostle Paul went to that extent in apportioning a severe form of punishment for the man that was sleeping with his stepmother,I can assure you that the man did not die while serving the punishment contrary to what many assume were the effects of Paul’s pronouncement.How do I mean?

In the second letter to the Corinthians,Apostle Paul specifically told the church to accept the man back to their fold after serving the punishment:

“If anyone has caused grief, he has not so much grieved me as he has grieved all of you to some extent—not to put it too severely.The punishment inflicted on him by the majority is sufficient.Now instead, you ought to forgive and comfort him, so that he will not be overwhelmed by excessive sorrow.I urge you, therefore, to reaffirm your love for him”-2 Cor 2:5-9

This is a lesson for the leaders that are in position of authority:The essence of punishment should be restorative not destructive.

Provided the culprit serves the punishment and shows signs of Godly sorrow,he/she should be readmitted and shown an unconditional love.Afterall,that is what God does for us every time.

But it should not end there:If I were to be alive then,one of the questions I would have asked the man if I had seen him in the church would be:

What led you into that kind of atrocity?

This kind of question is pertinent in order to prevent future occurrence.When you see smoke,look out for the source of fire.Punitive measures will amount to nothing,if such individual falls into the same ditch again.

Therefore,the answers should not be trivialised.They should be addressed holistically.

Some people may need further counseling,some may need certain restrictions to be put in place to help them but many may need professional assistance.The Church should not shy away from seeking professional inputs when dealing with an abnormal situation like this.For instance,the man in 1Cor 5 would have benefited from a psychologist’s/psychiatrist’s review,if the incident had happened nowadays.Yes! Also, a 60-year old man sleeping with or raping a 7-year old girl is not normal.Such a person needs a psychiatric evaluation even beyond the church’s punitive measures.

To be continued on Saturday…