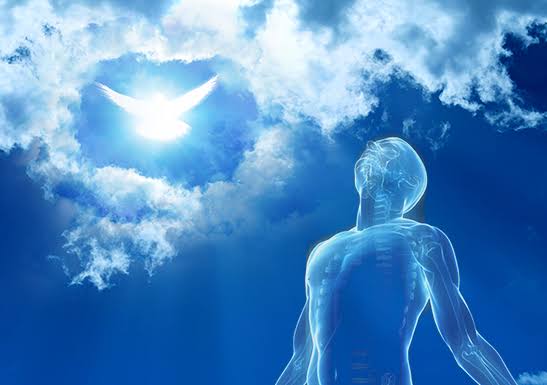 We have discussed four out of the seven churches in the book of Revelation.As we wrap it up today,it is important to state it here that these seven churches are microcosm of the modern churches! The onus is on you to find out where you and your denomination belong.

This was a very rich Church.They were so rich to the point they could boast that they needed no external support from anyone.Unlike other churches,they were self- sufficient! However,in the presence of God,they were seen as poor! I think this is a lesson for us today not to associate the material blessings of a church to heavenly endorsement.Let’s see the X-ray report of the Laodicean Church:

“I know you inside and out, and find little to my liking. You’re not cold, you’re not hot—far better to be either cold or hot! You’re stale. You’re stagnant. You make me want to vomit. You brag, ‘I’m rich, I’ve got it made, I need nothing from anyone,’ oblivious that in fact you’re a pitiful, blind beggar, threadbare and homeless- Rev 3:15-17.

How would you feel if God should describe your rich and superfluous church with these words-blind beggar,threadbare(shabby in appearance) and homeless?

This is to let us know that God sees things differently from the way we view things.What we approve of might be detested by Him.

Beautiful edifice full of rich men and women with digital altar is something commendable as far as men are concerned but not necessarily with God.

So are you rich? Is your church so rich that you make boast of it? Is your leader making boast of the wealth of your denomination? Good! However, maybe it is not yet time to boast until you look at your X-ray report: Rich but poor!

Smyrna represents that small church in the corner of your street that is so poor to the extent that they can’t afford their rent.They are being threatened daily to pack out of the area because their stand on holiness is worrisome to the community.

“I can see your pain and poverty—constant pain, dire poverty—but I also see your wealth-Rev 2:9a

“Fear nothing in the things you’re about to suffer—but stay on guard! Fear nothing! The Devil is about to throw you in jail for a time of testing—ten days. It won’t last forever.“Don’t quit, even if it costs you your life. Stay there believing. I have a Life-Crown sized and ready for you-Rev 2:10

If you or your church is being persecuted,do not think God has forsaken you.The world may see it as such but God is saying this to you now:

“Do not be afraid, little flock, for your Father has been pleased to give you the kingdom- Luke 12:32

This is a special church.God opened doors of opportunities for them but they had little strength!The little they had,they were willing to use it.Little grace was given to them but they fought like a giant.

“I see what you’ve done. Now see what I’ve done. I’ve opened a door before you that no one can slam shut. You don’t have much strength, I know that; you used what you had to keep my Word. You didn’t deny me when times were rough-Rev 3:8

Though we should not be contented with ‘little strength’,we should also not be unwilling to use it while waiting to receive more strength.David only used the sling/stone at the beginning and he killed Goliath but later when he became king he used military weapons.Use what you have now.

It is good to covet some people’s anointing and grace,but don’t neglect what you have.The Philadelphia Church was commended because they used what they had and not what they didn’t have.

“You don’t have much strength, I know that; you used what you had to keep my Word.”

Likewise,your church may not have a private jet to move from one country to another to preach but you have the internet! Use it! I tell you within microseconds,your message will get to the remotest part of the earth before the private jet gets there.

Don’t forget,we will be rendered accountable on what we are given and not what we are not given.

As I end this topic,which church represents your current spiritual life? Which church is a mini version of your denomination? If you know the answer,kindly find out the specific instructions on how to become better in Rev chapters 2 and 3.